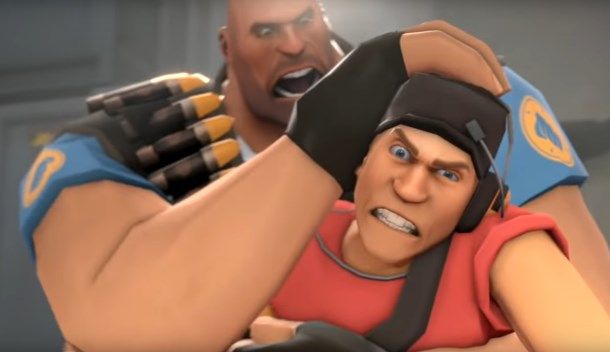 In April, Team Fortress 2 casual matchmaking fell victim to a “lag bot” invasion that forced a sudden, ugly spike in disconnections and server crashes. Shortly after it came to light, Valve released an update that seemed to fix the issue, and that was that—for awhile.

As Kotaku reported last week, a new type of bot, inflicting a new type of headache, had arrived on the TF2 scene: Spam bots, which were flooding the in-game chat with everything from generic trolling to all-out racism. The situation was serious enough to prompt some players to start a “TF2hackerpolice” subreddit to track and report bot activity.

A new update will hopefully put a stop to this latest round of troublesome bots, or at least slow them down. The patch notes say the update puts chat restrictions on “certain new accounts” in official matchmaking modes, and adds options to disable in-game text and voice chat in the Advanced Options menu. The player reporting dialog will also be more detailed, “so players can make informed decisions about who they’re reporting.”

It’s too soon to say with certainty how effective the update will be in quelling the noise, and I imagine it will only be a matter of time before someone figures out a slightly different want to use bots to annoy and offend players. As the Kotaku report states, there’s more going on that simple bot attacks: Bot makers, and those who have tried to stop them, have butted heads outside of the game, which isn’t the sort of thing that normally helps defuse online conflicts.

Despite that, it’s encouraging to see that Valve is actually taking steps to combat the problem, especially since, as Eurogamer pointed out last year, nobody’s really working on it anymore. The full update patch notes are below: