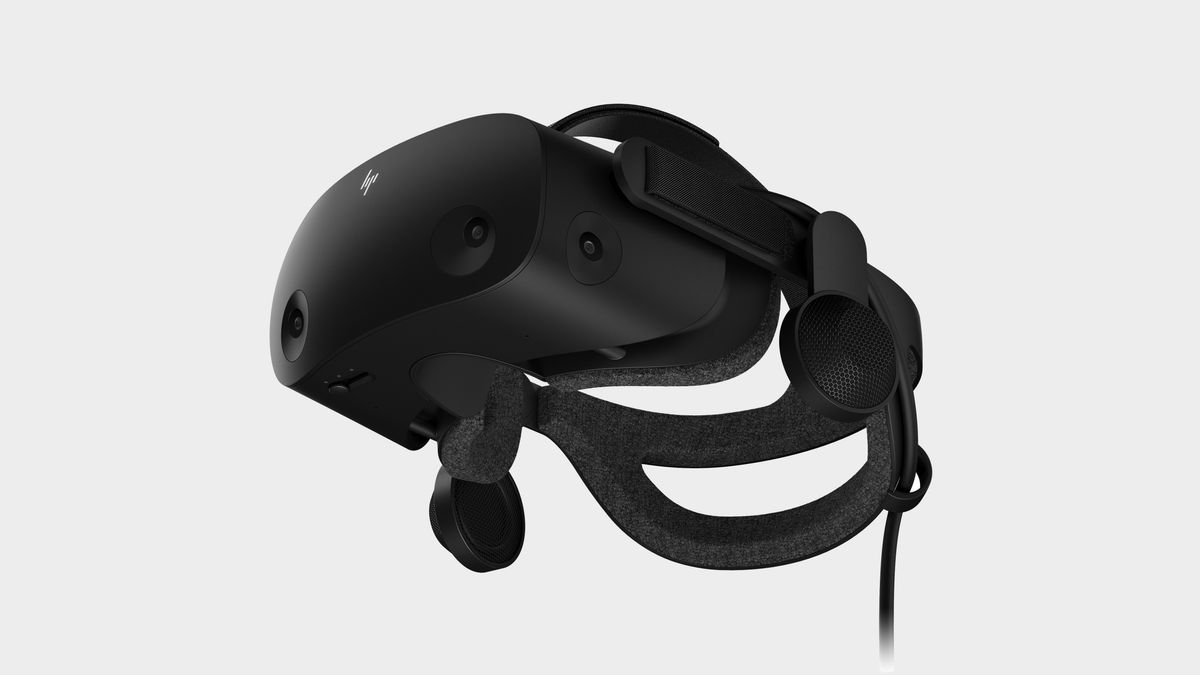 You’d be forgiven for thinking that HP has taken a bit of a backseat in the recent VR revival, but it turns out it’s been working in the background with Valve and Microsoft to improve on the original Reverb. This new headset retains the Reverb’s 2160 x 2160 per eye resolution and the 114-degree field of view, but improves upon it, with better spatial audio, 4-camera inside-out tracking for better all-round monitoring of your hands, and improved comfort for longer sessions.

That work with Valve is most evident on the optics and audio front. While the new lenses aren’t the same as those found in the Valve Index, they are inspired by them and offer up improved brightness and contrast as well as reduced persistence and perceived mura (screen-door effect) for a more immersive experience. This is echoed on the audio front, with the Reverb G2 using the same drivers as found in the Index, and the speakers are held 10mm off the ears so that they don’t get uncomfortable during long sessions.

Also on the comfort front HP has introduced a new IPD adjustment slider on the headset that will enable you to set the distance between your pupils properly so that you can wear the headset for longer periods of time. The Reverb G2 has also improved the face cushioning over the first headset for better weight distribution. The controller have also had a major shakeup, with a different button layout, and more nuanced control.

HP was keen to point out that the VR market is doing very well, by pointing out that this past April saw SteamVR hit nearly one million additional monthly connected headsets. I wonder why that was? Possibly something to do with Half-Life: Alyx? It’ll be interesting to see if May continues this trend.

HP seems to think that VR is going to be used for more than games though, which is a brave angle. In fact it came up with three different usage cases that don’t involve pretending you’re in a dystopian city under alien rule. These usage cases are apparently to create, collaborate, and liste—learn. I’ll admit I’ll be quite happy if it’s just an awesome VR gaming headset.

HP’s first headset, the Reverb, was generally well received thanks to its high resolution display and tempting price tag, but HP was somewhat taken aback by demand and couldn’t produce enough of them. Part of the reason for this is that it wasn’t really designed with consumers in mind, something it believes it understands much better this time around.