Valorant’s war against cheaters escalates as aimbots and wallhacks appear 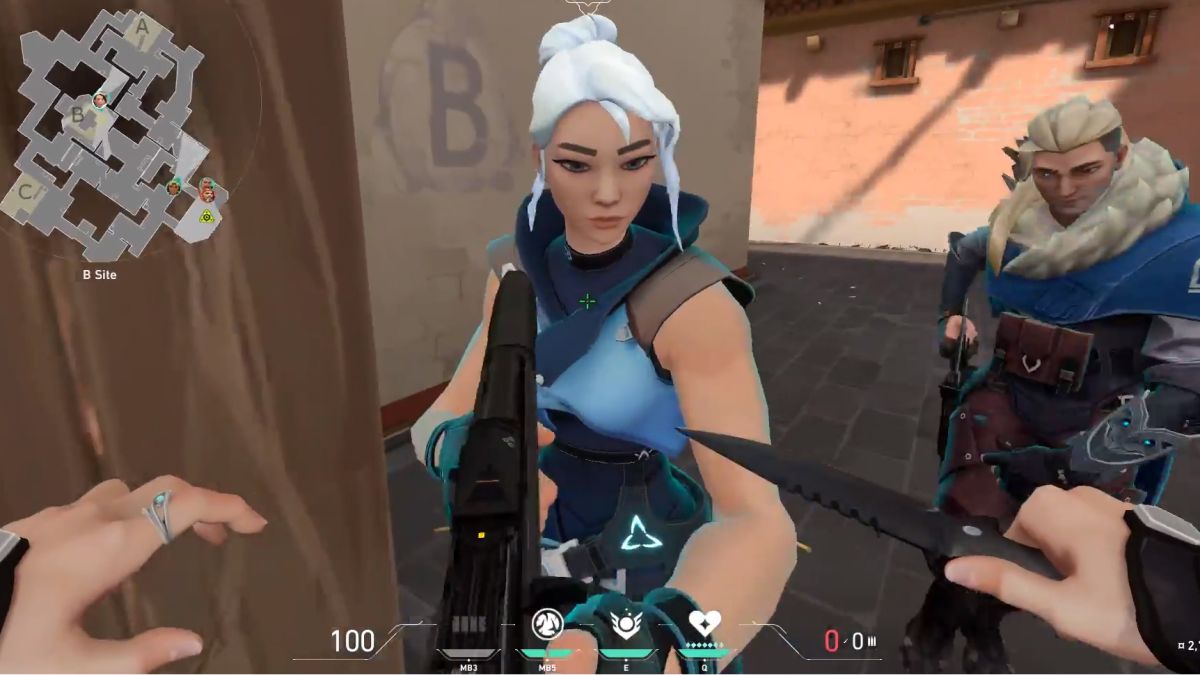 Valorant hasn’t even left closed beta and cheaters are already cheating. Riot told me two weeks ago that the first cheaters had been banned just days after the beta launched, and now players are posting evidence of more hacks on Reddit.

One player discovered that a streamer was using a graphical trick to make his normally opaque poison clouds see-through. “I’m working with Nvidia to figure out the best way to stop this kind of thing,” said Valorant anti-cheat lead Paul Chamberlain. “Definitely don’t recommend people do this … it’s not hard to detect.”

Another Reddit post shows what looks like a player using an aimbot. The cheater’s team, bless them, spent the whole match trolling him once they discovered what was up:

I have also seen a Valorant cheater streaming himself using a wallhack on YouTube.

Ban waves may be on the way

Much ado has been made over Riot’s Vanguard anti-cheat system and its kernel driver-level PC access. Some feel it’s invasive, while Riot says it’s a necessary if it’s going to provide the best cheat detection it can. But does the existence of cheaters mean it’s already failed?

According to Chamberlain, just because cheaters are getting away with cheating for now doesn’t mean the system isn’t detecting them. “We prefer immediate bans but sometimes it’s better for us to delay so that the cheat developers don’t learn that they’re detected for a while,” he said. It’s a vague comment—presumably to avoid giving too much away—but it doesn’t sound like the existence of aimbotters is a surprise to him.

If Vanguard has detected aimbots, but Riot hasn’t banned botters yet because it’s plotting a strategically-timed ban wave, the implication is that we’ll just have to deal with cheaters now and then for the greater good.

To be fair, that’s true in basically every other competitive game, to varying degrees. Kernal driver or not, the best anyone seems to do is mitigation: Make it so that dedicated players don’t have to deal with cheating too often.

But even if in this case we’re just waiting for Riot to pull the trigger on a mass ban, it’ll probably take more than one piece of software to hold ground in this war.

Even with all that, CS:GO still gets cheating complaints, but the effort has kept it from being overrun.

“Something like” CS:GO’s Overwatch system is being planned for Valorant, says Chamberlain. It won’t be ready for launch, because a replay system still needs to be built. Chamberlain also said that Riot is “experimenting with AI driven aimbot detection at the moment,” which sounds just like VACnet. Clearly, Riot didn’t just take design cues from Valve.

Vanguard isn’t Riot’s anti-cheat end game, then, and perhaps was never meant to be seen as the ultimate cheat shield. Its controversial always-on nature built it up, but as Riot has pointed out, other anti-cheat programs, such as EasyAntiCheat and Battleye, work the same way. It is just one weapon in an arms race between Riot and Valorant cheaters.

One non-software suggestion from a Reddit user is to add identity verification into the mix: Require two-factor security with a phone number for ranked play, for instance.

“I would love more account verification and security options,” said Chamberlain. “We have people working on it but I’m not sure what the current ETA is.”

As reports of cheaters increase, Chamberlain’s informal Reddit comments are providing some comfort for Valorant’s new base of players. At the very least, it’s clear that these clips of cheaters are being seen by the person in charge of combating cheating. And if Riot is going to be so aggressive with its anti-cheat software—I have to disable Vanguard if I want to run a simple CPU monitoring program called Core Temp—then it ought to be communicative.

Riot’s “anti-cheat technology is moving quickly in this escalating war against cheat developers,” Chamberlain said in a statement posted yesterday, so we’ll see what happens. It’s hard to judge anything firmly in this beta stage, but ranked play is coming soon—possibly this week—and Valorant’s full release probably isn’t far off. Riot’s anti-cheat capabilities will be put through the wringer when anyone can make an account and play.