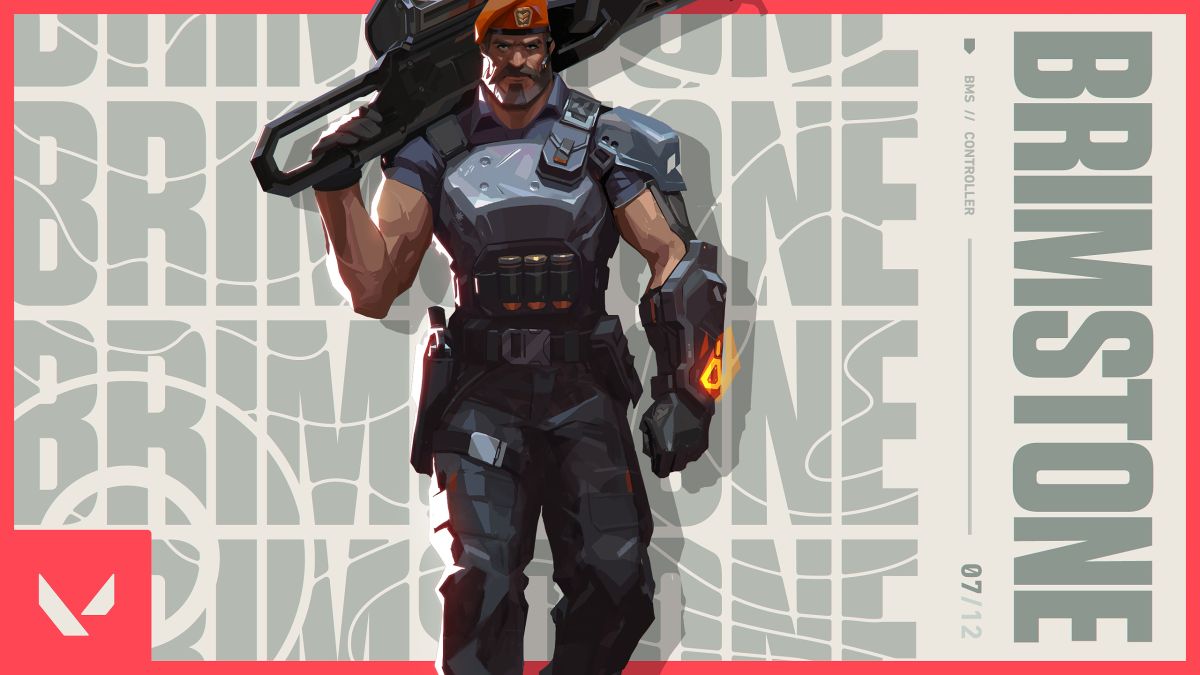 Riot’s back with another Valorant character reveal, if you fancy taking a quick break from watching (or potentially even playing) the closed beta. This time it’s Brimstone, a gruff soldier of advanced years. Sounds familiar!

Jabs aside, Brimstone’s abilities, which you can get a taste of above, look pretty neat. The old soldier’s got a few tricks up his sleeve, including an incendiary grenade and a beacon that can be tossed out to give players rapid fire.

Brimstone’s signature move is a very handy tactical ability that lets you deploy a series of smoke clouds, picking where they land from a map of the battlefield. If you’re in hot water and under fire, drop some smoke and watch your enemies stagger around in the dark.

An orbital strike is Brimstone’s ultimate ability, which once again sees him equip a tactical map and select a location—but this time, instead of smoke, a laser will appear and do lots of damage over time to anybody unlucky enough to be caught in the blast zone.

Check out our Valorant characters guide for more details on all the agents that we know about so far. And if you’re eager to take it for a spin yourself, you’ll have to keep watching streams and hoping for a code drop. Thankfully, Riot’s now opened this up to all Valorant streams rather than just specific ones, so your chances of getting access are now a lot greater.