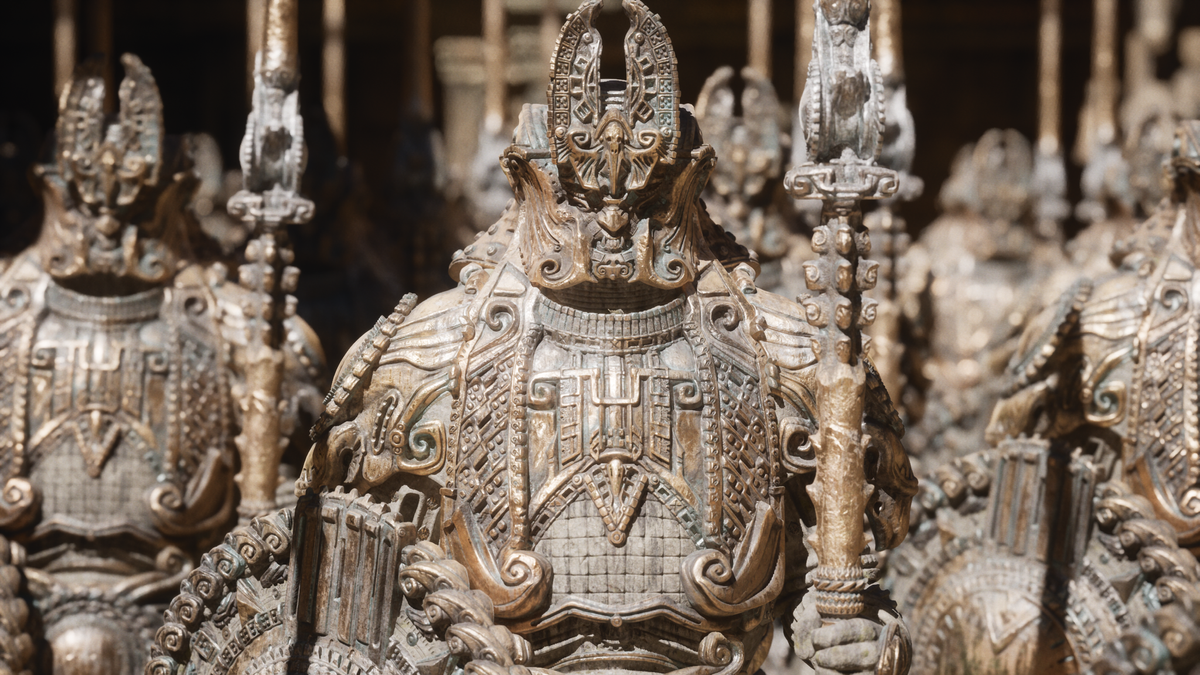 In 2013, Epic Games teased the capabilities of Unreal Engine 4 with the Infiltrator demo. It looked incredible at the time, and you can still read awestruck comments from 7 years ago on YouTube. Of course, today the sci-fi vignette just looks so-so. It’s astonishing how quickly unbelievable tech becomes everyday.

Well, here we go again: Unreal Engine 5 is releasing next year, and Epic Games has a new PlayStation 5 tech demo called Lumen in the Land of Nanite to show it off (embedded above). Like that Infiltrator demo did back in 2013, it looks just a bit unreasonable, with dynamically-lit, photorealistic caves and then, at the end, an entire crumbling city with no less detail.

With UE5, developers will no longer have to worry about polygon counts, says Epic. They can import 3D assets made of hundreds of millions or even billions of polygons and the engine will handle the rest, streaming that ultra-complex geometry at the maximum level of detail possible.

It sounds a bit like the incredible claims you’d sometimes see in the 2010s, when every so often a startup would declare that it had unlocked the secret to infinitely detailed atomic rendering—and then nothing would come of the supposedly revolutionary technology. But according to Epic Games CEO Tim Sweeney, polygon counts really over as a measure of graphical fidelity.

“The philosophy behind it goes back to the 1980s with the idea of REYES, Render Everything Your Eye Sees—a funny acronym which means that given essentially infinite detail available, it’s the engine’s job to determine exactly what pixels need to be drawn in order to display it,” said Sweeney in a conference call with PC Gamer and other outlets this week. “It doesn’t mean drawing all 10 billion polygons each frame, because some of them are much, much smaller than a pixel. It means being able to render an approximation of it that misses none of the detail you’re able to perceive. And once you get to that point, you’re done with geometry. There’s nothing more you can do. And if you rendered more polygons you wouldn’t notice it because they contribute infinitesimally to each pixel on the screen.”

Aside from looking cool, the hope is that UE5’s capabilities will make cross-platform development easier for small developers, who will only have to bring in one set of high quality assets. The engine handles whatever complexity scaling is needed, all the way down to phones.

“If you’ve got bespoke assets like them statues, generating the high resolution mesh is one thing, but then generating one that performs well and looks good from different view distances, it’s actually quite a lot of work, and we wanted to remove that,” said Epic Games chief technical officer Kim Libreri. “It was a couple of years worth of experimentation before we landed where we did.”

Even film quality assets can be used in a UE5 game, and the tech demo was made primarily using Quixel Megascans.

“Nanite virtualized geometry means that film-quality source art comprising hundreds of millions or billions of polygons can be imported directly into Unreal Engine—anything from ZBrush sculpts to photogrammetry scans to CAD data—and it just works,” Epic said in a press release.

As clever as this rendering tech may be, polycounts were already on the way out as a limitation for game assets—it sounds awesome that billions of polygons can be used, but it it doesn’t mean we’re going to be able to render film-quality environment scans with ease. To get results like you see in the tech demo you’ll need some good hardware, but it is within reach of today’s gaming PCs.

“A number of different components are required to render at this level of detail,” says Sweeney. “One is GPU performance and GPU architecture to draw an incredible amount of geometry. You’re talking about a very large number of teraflops being required for this. The other is the ability to load and stream it efficiently.”

Would this demo run on my PC with a RTX 2070 Super? Yes, according to Libreri, and I should get “pretty good” performance. For comparison, the PlayStation 5 GPU the demo video was captured on achieves 10.28 teraflops, while the RTX 2070 Super hits just over 9 teraflops. (Note that teraflops are not everything.)

Regarding loading and streaming, though, Sweeney says that the PlayStation 5’s SSD architecture is “god-tier” and “pretty far ahead of PCs,” but that you should still get “awesome performance” with an NVMe SSD, which I’m using. One thing is for sure: If you haven’t already, it’s time to ditch HDDs, which Sweeney doesn’t expect anyone to load games from in the near future.

“One of the big efforts that’s been done and is ongoing in Unreal Engine 5 is optimizing for next-generation storage to make loading faster by multiples of current performance,” he said. “Not just a little bit faster, but a lot faster, so that you can bring in this geometry and display it despite it not all fitting in memory.”

Sweeney seemed surprised when I said that I had been loading some of my games from an HDD until recently. I took my sweet time upgrading to an SSD-only system, but I’m sure I’m not the only one—if you’re still not fully switched over, be prepared to become obsolete over the next few years. It was bound to happen eventually.

Also shown off in the tech demo: New lighting tech called Lumen, a neat particle system that can mimic the behavior of bat swarms and roaches, the Chaos physics system, and ambisonics rendering (360 degree surround sound). All of this will play nice with Nvidia’s RTX ray tracing, I’m told, though there are no specific details on that or what kind of performance Nvidia’s DLSS can potentially bring to UE5 games.

We’ll get to start playing around with the engine next year. A preview of Unreal Engine 5 will be out in early 2021, with the full release coming late in the year. Games made in the current version of Unreal Engine can be moved to UE5 when the time comes, and Epic will be doing that with Fortnite.

The Unreal Engine remains free to use, and Epic is also changing its royalty policy. Starting now and retroactive to January 1 of this year, Epic will no longer take any royalties on the first $1M of revenue from a game made with Unreal Engine. Previously, Epic began collecting its 5 percent royalty fee after $3,000 of gross revenue in a quarter.