Unfortunate Spacemen is out now, and it’s ditched its price 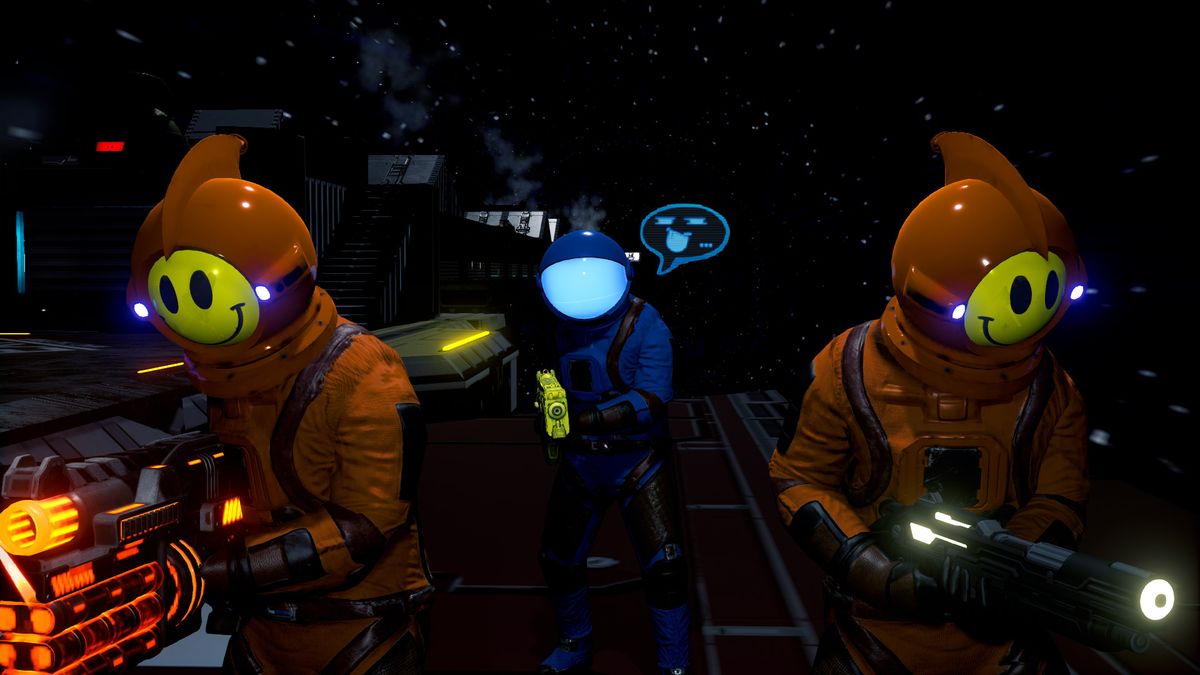 Unfortunate Spacemen, the paranoia-inducing asymmetrical multiplayer game, has left Early Access, and in the move to launch it appears to have shed its price. You can now grab it for free.

To celebrate the game’s release, and to get more unlucky astronauts into the game, New Blood Interactive and developer Geoff Keene decided to get rid of the price entirely. You can still throw money their way, however, through cosmetic microtransactions or the Death Proof Edition, netting you a bunch of special skins, including a visor made out of meat and a victory pose with musical accompaniment.

Unfortunate Spacemen is all about trust and deception. You’re an employee of The Company, waiting to be rescued from failing outposts. To facilitate this rescue, you’ll need to work with your fellow astronauts to complete random objectives. But not everyone is on your side. One of your buds is actually a shapeshifting alien monster determined to stop anyone from being saved.

If you’re playing as the monster, you can lay traps for the unsuspecting humans, disguise yourself as one of them to sow discord and kill them when they think they’re safe, or you can just forget about subtlety and start attacking them in your true, monstrous form.

The main mode supports up to 16 players, with 15 maps spread across space stations, outposts, settlements and warp-speed hypertrains—whatever they are—and dig sites. Alternatively, you can muck around in the 5-player story mode and 10-player survival mode.

The Company doesn’t sound like the best place to work—especially not if it’s modelled after Weyland-Yutani—but working your way up the corporate ladder comes with perks. You’ll be able to unlock new customisation options for your employee, tweaking the aesthetics and playstyle.

Any indie game that relies on a steady multiplayer population has big hurdles to overcome, and that appears to be even more the case for asymmetrical multiplayer games—it’s one of my favourite genres, but they don’t tend to have very long lives. Getting rid of the upfront price, then, seems like a smart call, and even if there aren’t many people searching for a game, at least it won’t be hard to talk your mates into joining you.