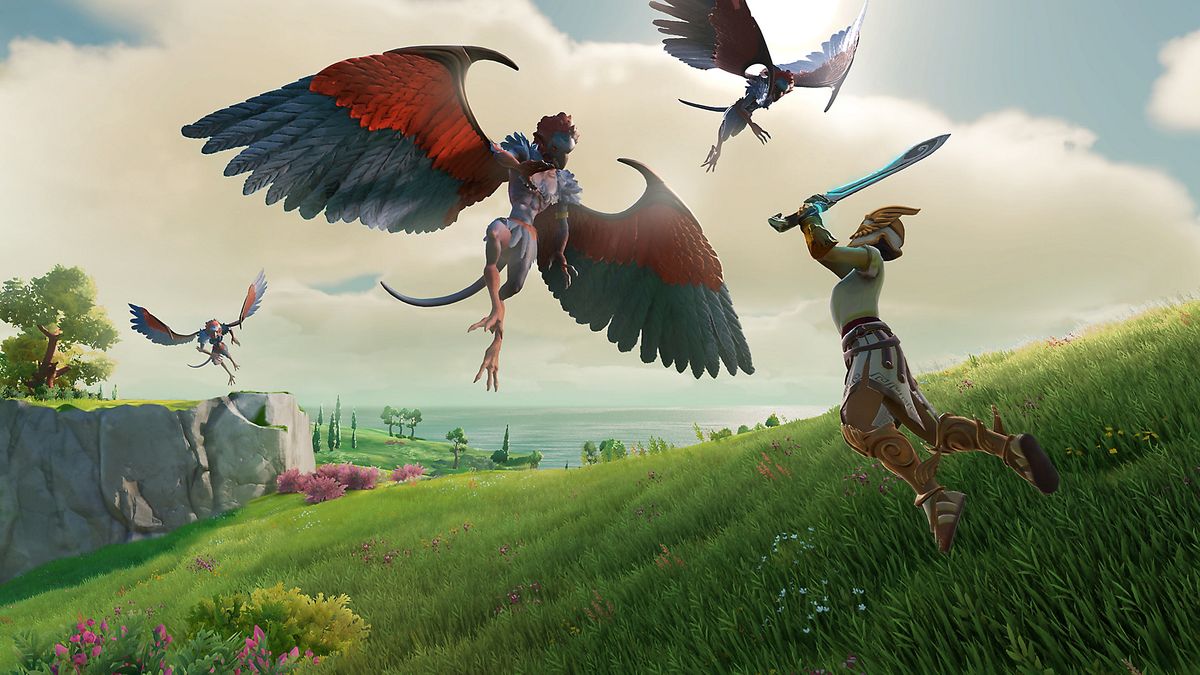 Gods & Monsters, Ubisoft’s mythological RPG, doesn’t have a release date yet, but yesterday it went live on Stadia, allowing a few hundred people to play for 30 minutes.

Stadia users spotted a new game on the store named Orpheus, but when they started playing they were instead treated to a very early build of Gods & Monsters, full of unfinished assets and lots of stand-ins from Assassin’s Creed: Odyssey.

Odyssey and Gods & Monsters are from the same team, and the former game’s influence is apparent even beyond the temporary reuse of assets. There’s the Greek mythology, of course, and the fact that it’s an open-world RPG that’s full of climbing and, from the looks of things, some pretty striking vistas. There are strong Breath of the Wild vibes, too, and unlike Odyssey how high you can climb will be determined by a stamina gauge.

A short video of Gods and Monsters gameplay! from r/Stadia

“Regretfully, on Thursday morning, we mistakenly made an E3 2019 demo version of Gods & Monsters from Ubisoft available on the Stadia store that was not intended for the public to play,” Google told Kotaku. “A few hundred gamers were able to play it for less than 30 minutes. We sincerely apologize to our partners at Ubisoft for this mistake.”

Gods & Monsters was announced at E3 2019 and was expected out in February. Following the performance of The Division 2 and Ghost Recon Breakpoint, however, Ubisoft decided to delay Watch Dogs Legion, Rainbow Six Quarantine and Gods & Monsters until this fiscal year.

The publisher currently has five ‘triple-A’ games coming out before April 2021, including the trio of delayed games and Assassin’s Creed Valhalla. It did warn investors that there could be another delay, but given that Gods & Monsters is apparently in the “polish period,” it should hopefully make its official appearance within the next year.