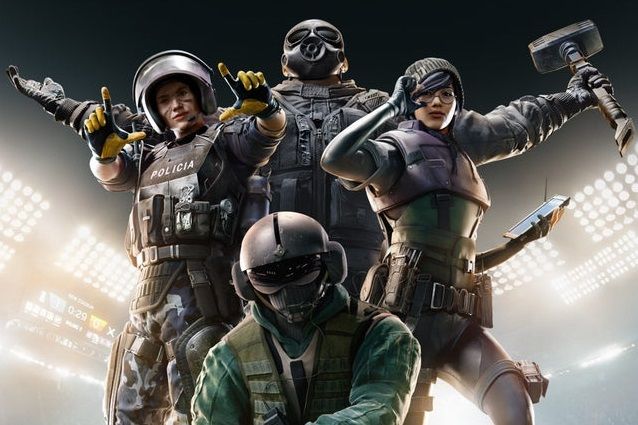 Have you ever just barely lost a ranked match of Rainbow Six Siege and wondered why you lost more MMR than your last win? Unfortunately you won’t find any fine details into Siege’s ranking process in the game itself, but a new post by Ubisoft is a useful guide to understand how the game tracks your skill over time.

The new post is actually an updated version of a similar guide from 2016 that accounts for features added to the game in the last four years, like MMR rollback and the Unranked playlist. The most relevant info, I think, is the explanation of what factors actually determined your MMR score. For instance, did you know that individual performance doesn’t matter at all? Even if you play an amazing match with 18 kills and two deaths, Siege’s algorithms don’t care.

Not weighing your personal effect on a match sounds backwards, but Ubi says the system considers the incalculable factors that have a huge impact on Siege matches, like a teammate who has few kills but makes amazing, life-saving callouts. “The idea is that if you play well, and are an asset to your team, you will naturally win more matches in the long run,” the post reads. Basically, Ubisoft assigns equal weight to the intangibles of Siege—stuff like vision, planning, and communication—and to how good you are at shooting.

No matter what, losing will always result in MMR lost and winning will be a gain. That said, the algorithm also pays attention to the rank disparity between the two teams. If your team’s average is much higher than the enemy, losing will have a larger impact and winning will barely move the needle. The system also grows more “familiar” with your skill level over time, meaning that it becomes harder to rank up and down later in the season. If the game is confident that you’re roughly a Gold level player, it tries to keep you in that range.

Siege’s system is more sophisticated than I previously thought, but there are still some aspects that don’t make much sense to me. Anecdotally, it’s weird that incredibly close matches against similarly skilled players still affect my MMR enough to shift an entire rank up or down. Valorant doesn’t surface its MMR numbers as transparently as Siege, but I’ve noticed that matches that come down to a single round barely count at all. To me, that’s a fair judgment that my rank is probably where it should be.

It’d also be great if Siege tracked more parameters that care about individual skill. My high kill/death ratio isn’t everything, but if I also proved to be a team player through assist points and gadget bonuses, do I really deserve the same penalties as my random teammates?

The post also goes over extraneous facts that I probably knew at some point and have since forgotten, like how Unranked shares your Quick Match MMR, not your Ranked MMR. By the way, you have two different MMRs. Read the whole thing if you still have any unanswered questions.