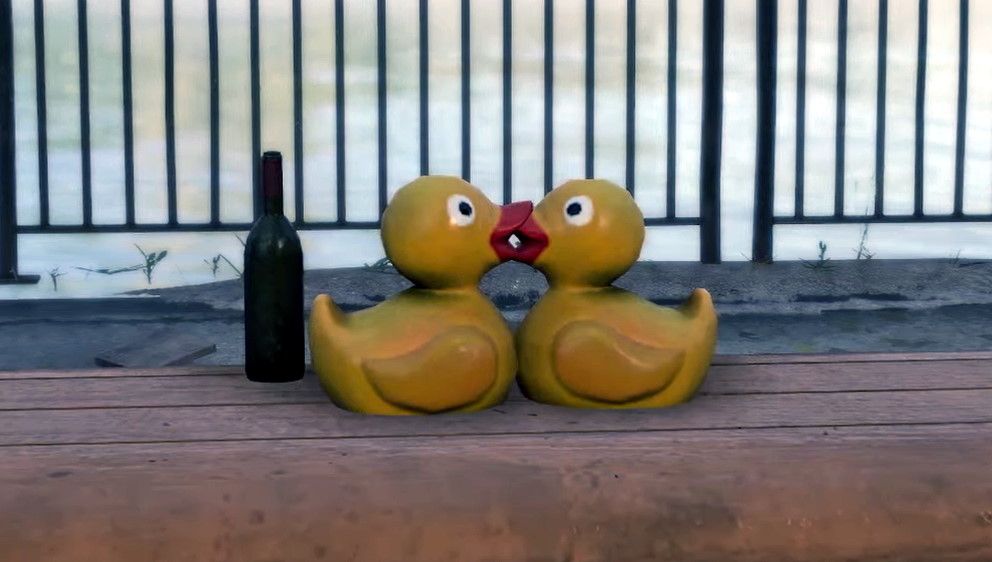 Have you ever noticed that The Division 2 has an unusual number of rubber duckies lying around? Have you ever wondered why? During the preshow leading into today’s Ubisoft Forward online event, level artist Karen Stanley explained where the whole rubber duckie thing comes from, what it means, and what the developers are planning next.

The other developers apparently developed a fondness for the gigantic duck, and so began stashing little memorials to it throughout the game world. And as sometimes happens with these things, it took on a life of its own. Ubisoft started using them as an environmental storytelling device, and they eventually began to be seen as a symbol of hope: The world is a mess and it’s up to you and your fellow agents to save it, and the duck is a reminder that “there’s something there to save.”

Stanley said she’s not sure exactly how many rubber duckies are in The Division 2, but she knows they haven’t all been found yet. She also revealed that developers have dropped another Easter egg into the game: Tommy the Teddy Bear, a trauma teddy that appears in The Division lore (and is available for purchase as game-related merchandise) but that’s never actually been in the game. Tommys were added as part of a challenge for The Division 2 Episode 3, and unlike the duckies, they were all discovered very quickly.