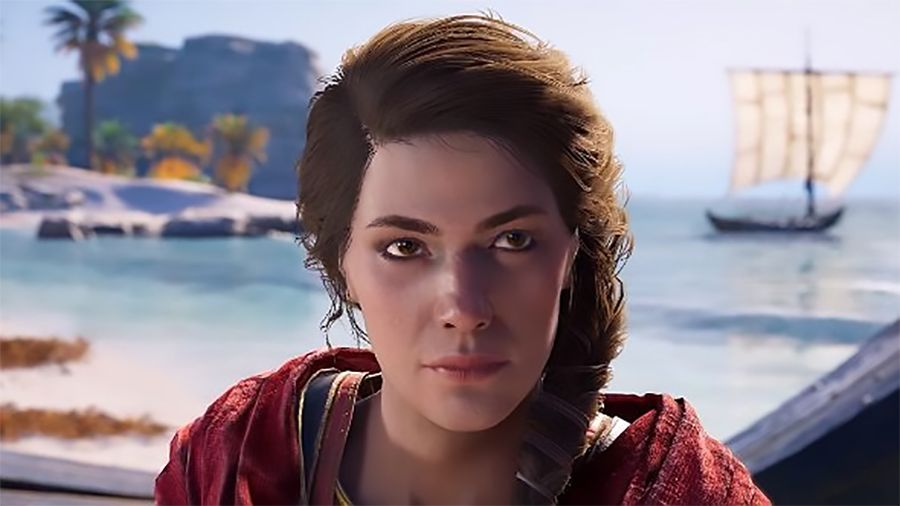 In the wake of multiple allegations of sexual abuse and misconduct against its employees, including members of its management team, Ubisoft CEO Yves Guillemot said in today’s FY2020-21 first-quarter sales results that he remains committed to bringing about “profound changes” to the company in order to ensure a safe and inclusive workplace for all its employees.

“While Ubisoft’s current performance and business prospects are stronger than ever, we nonetheless face a very serious challenge following the recent allegations and accusations of misconduct and inappropriate behavior within our Group. I am determined to make profound changes in order to improve and strengthen our corporate culture,” Guillemot said.

“We already have acted swiftly and firmly, announcing and introducing large-scale initiatives intended to transform our organization. Our overriding aim is ensuring that all Ubisoft employees have a safe and inclusive workplace environment. As a leader in our industry, we have to be intransigent in order to create an exemplary culture where everyone feels respected and valued. This is vital to ensure that all of the talented people who make up Ubisoft feel fulfilled in their jobs.”

The statement also reiterated Guillemot’s promise earlier this month of a “structural shift” at the company, listing five “major changes” currently in the works: An investigation into the allegations by external consultants, the establishment of a confidential “listening and alert platform” to report harassment, discrimination, and other inappropriate behavior, a “transformation” of the company’s HR processes, and the creation of a Head of Workplace Culture and Head of Diversity and Inclusion, both of which will report directly to the CEO.

One very interesting, and as far as I know new, point listed in the statement is that “a portion of team leads’ bonuses will be tied to their ability to create a positive and inclusive workplace environment.” Guillemot also referenced it during his opening comments in today’s investors call, describing it as a “new performance criterion” that will be determined by “new evaluation tools.”

It’s a nebulous commitment: How exactly will that determination be made, and by who? The goal is laudable, but positivity and inclusivity aren’t metrics that can be easily tracked on a spreadsheet.

Guillemot also said that Ubisoft’s independent Nomination, Compensation and Governance Committee has added a new, and equally vague-sounding, “diversity performance criterion” to his own compensation package, a decision that he noted was made before the allegations of abuse came to widespread light. At the same time, however, during the QA section of the call Guillemot refused to accept personal responsibility for the company’s failings, and shot down any thoughts that he might resign as CEO as a result.

“Each time we have been made aware of misconduct, we made tough decisions, and made sure those decisions had a clear and positive impact. So that’s very important.”

“It has now become clear that certain individuals betrayed the trust I placed in them, and didn’t live up to Ubisoft’s shared values. I have never compromised on my core values and ethics, and never will. I will continue to run and transform Ubisoft to face today’s and tomorrow’s challenges.”

Ubisoft also took a shot at controlling the damage of recent claims that Assassin’s Creed developers faced pressure to minimize the role of female characters. In his own statement during the investors call, Ubisoft CFO Frédérick Duguet rattled off a list of multiple women and minority characters from its games as evidence of the company’s commitment to representation.

“We have represented diversity in a meaningful way in our games. And those titles are among our biggest performers, are among our most iconic games,” Duguet said. “Players can then make their own choices. While around one-third of players played Kassandra in Assassin’s Creed Odyssey, Ash is the most selected attacking operator in Rainbow Six Siege. The diversity I mentioned ranges from gender to ethnic diversity, and also includes strong LGBTQ+ characters as well as neurodiversity, with the representation of autism.”

The actual criticism of the complaint—that Ubisoft’s chief creative officer Serge Hascoët had fostered a toxic and misogynistic environment, while the company’s marketing department widely held that female leads wouldn’t sell—went unaddressed, however. Hascoët and other Ubisoft executives recently stepped down over allegations of workplace abuse, while former public relations director Stone Chin revealed on Twitter yesterday that he’d been fired last week for failing to “uphold the company’s code of conduct over the course of my career.”