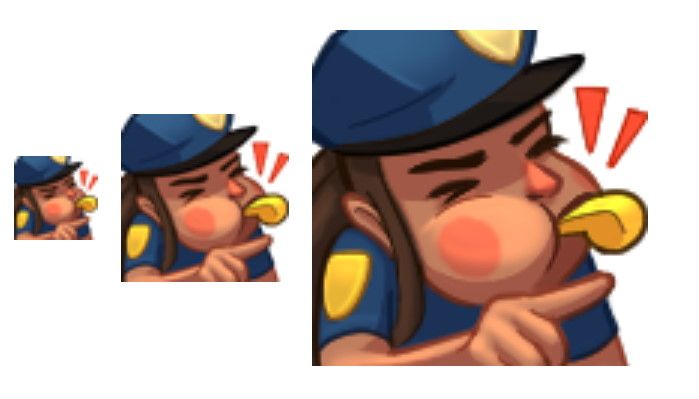 TwitchCop is a global emote that, according to The Verge, was added to the platform following a fan vote in 2017. It was quietly removed from the platform yesterday, a move that Twitch said was to “prevent misuse.”

“We made the decision to proactively pull down the TwitchCop emote to prevent misuse,” a Twitch spokesperson said. “We are constantly evaluating our policies to ensure we are addressing emerging behaviors and language on our platform.”

The emote can no longer been seen at twitchemotes.com, although it’s still visible in a cached version. The rep also confirmed that no other emotes have been removed.

Twitch emotes are generally innocuous images used by viewers to react to livestreams, but they are sometimes turned to more odious purposes: A 2018 deal between Twitch and KFC went sideways when racists began spamming the chicken bucket emote it included; that same month, former Dallas Fuel player Félix “xQc” Lengyel was released from the team for using the Trihard emote in a “racially disparaging manner.” The Trihard emote is simply an image of streamer Trihex, but some Twitch viewers adopted the habit of spamming it whenever a black person appears on a stream.

Twitch didn’t say why the emote was removed, or whether it will be returned at some point in the future, but the move comes amidst ongoing protests against police violence and racism, spurred by the May 25 killing of George Floyd by Minneapolis police officer Derek Chauvin. Earlier this week, Twitch also pledged to “make lasting change” to support black streamers and fight racism, and provided links to the Minnesota Freedom Fund and other related resources.

#BlackLivesMatter Get informed and get involved utilizing the resources we’ve gathered in the thread below: pic.twitter.com/XJeAKTYkrhJune 3, 2020