Try the demo for Kill It With Fire, a game about squashing bugs and destroying your home 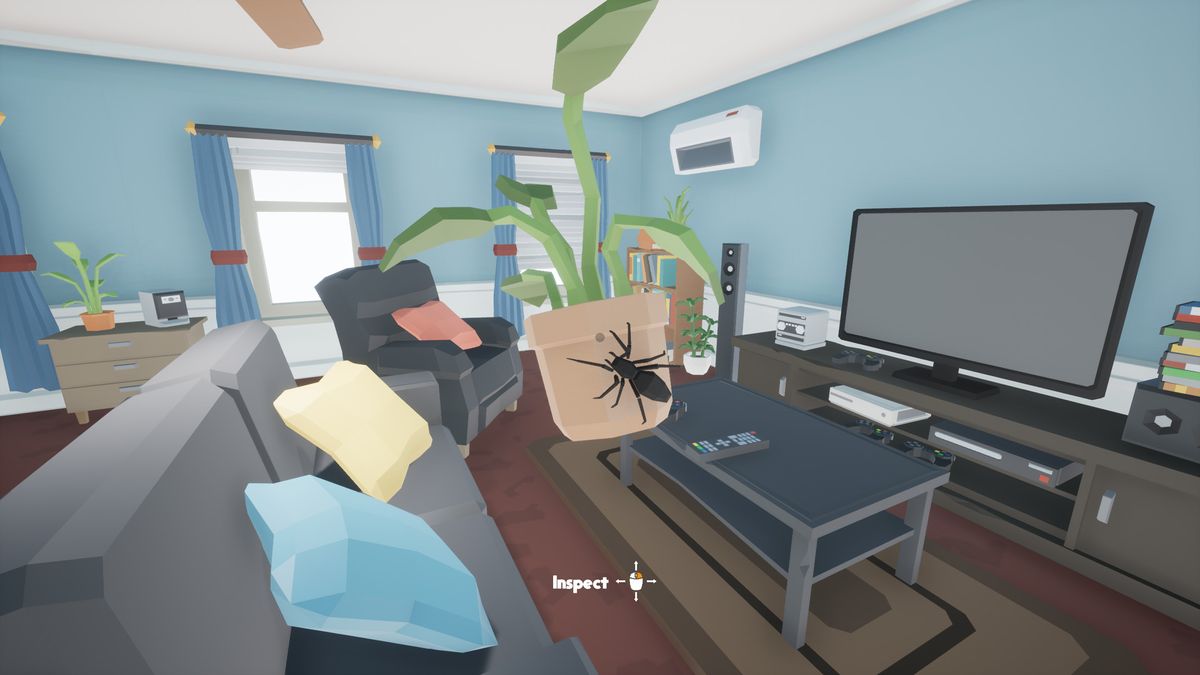 When I read about Kill It With Fire earlier today, I thought to myself, “This sounds pretty dumb.” Then I played the demo, Kill It With Fire: Ignition on Steam, and I discovered that I was 100 percent correct: It’s dumb as hell. It’s also a lot of very silly fun.

The premise is simple: There are spiders in your house, and you must find and kill them. Naturally, it’s not going to be as easy as busting out a can of Raid or calling the Orkin Man. To start, you’ll smash them into goo with your clipboard, which also tracks the objectives you’ll need to complete before moving to the next level.

Before long, though, you’ll upgrade your arsenal with things like a huge revolver, an aerosol flamethrower like the one James Bond used in Live and Let Die, Cheeze-Poofs, and my favorite, shurikens, the least-spectacular but most spectacularly stupid weapon I discovered in the first couple of levels: Nothing says “your life took a wrong turn somewhere” like demolishing your living room while hurling ninja stars (and, in my case at least, obscenities) at little tiny spiders who are just trying to live their lives.

The environmental destruction is unavoidable, and entirely intentional. The flamethrower, for instance, is extremely effective at both killing spiders and setting your home ablaze, which doesn’t seem to have any real long-term impact except to turn everything charred and smoky, and make the little bastards harder to see. I also caused considerable chaos throwing an entire shelf’s worth of books at one particularly skittish bug, as the checklist required—you’ll have to kill a requisite number of spiders before being allowed to move on to the next level, but completing special tasks (like murdering a spider with a book) will open up other areas in the current level, granting access to more exotic weapons, items, and spiders to use them on. The whole thing is backed by a creepy, pulsing horror movie-style soundtrack that’s ominous or urgent as the moment requires.

I don’t know how Kill It With Fire will hold up over the length of a full game, and true arachnophobes definitely will not care for it. But based on my roughly 30 minutes of arachno-war, I’d say it’s easily the most ridiculous bug-squashing sim I’ve ever played—and I mean that in the best way possible.

The full version of Kill It With Fire is set to come out sometime in July. In the meantime, you can get a better sense of what it’s all about in the extended gameplay clip below.