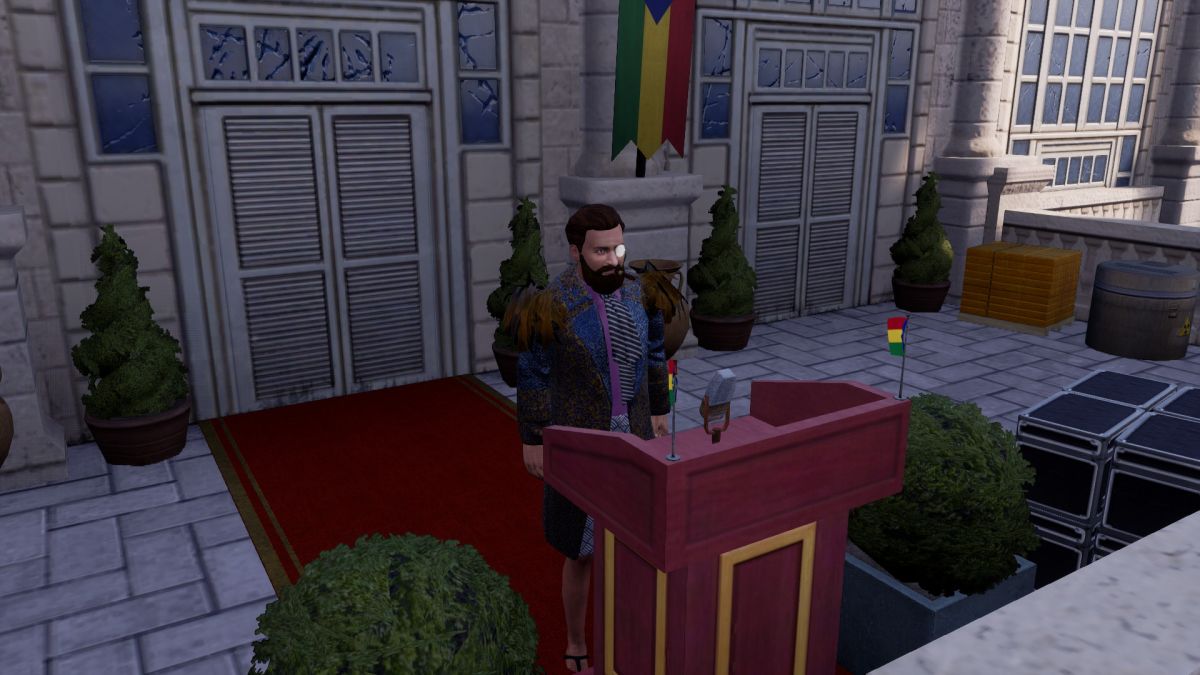 The Spitter DLC sees the dictator courting fame and adoration online by interacting with celebs, influencers and faction leaders to increase their social media clout. Befriending celebs unlocks their traits, and you can even seduce them onto the archipelago with new buildings like the rehab centre and beauty farm, and potentially turn them into permanent residents.

You can also check out a new mission and sandbox map, deck El Presidente out in five new customisation options, bounce along to a trio of new tunes and give your dictator the new narcissist trait.

Tropico’s subtle-as-a-sledgehammer satire is once again fully on display, though to be honest I’d quite like to escape social media, so I’m not especially keen to infect my sunny paradise with it. I suppose you can’t stop progress.

The DLC is 15 percent off, so you can grab it for £6.79/$8.49, but it’s also accompanied by a free update; unfortunately it’s a pretty dull one. There’s multiplayer crossplay between GOG, Steam and Origin now, and there have been a bunch of bug fixes. You can see what’s been tackled in the patch notes.