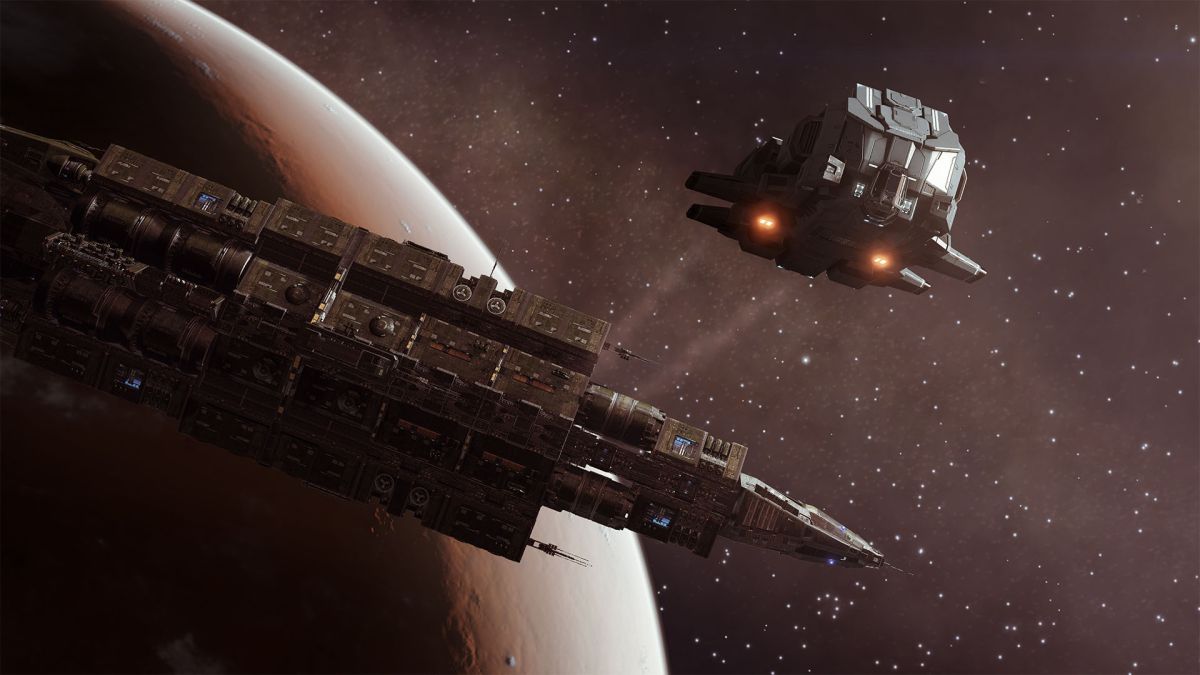 Released today for free, the new update for space sim Elite Dangerous adds colossal, screen-filling fleet carrier ships to the game. These enormous beasts can travel 500 light years in a single jump, which makes them ideal for deep space exploration. To give you some perspective, the default jump range for the basic Sidewinder starting ship is a paltry 7.5 light years.

But you’ll have to pay for the privilege of commanding one of these things. They run at about 5,000,000,000 credits (yes, that’s five billion). For that, you get access to 16 landing pads, which means you can ferry an entire squadron of ships around the galaxy. Don’t worry: you get to decide who lands, which means you won’t get any hop-ons.

Fleet carriers are basically mobile space stations, which means you can fly one to a faraway system and make a new home there for you and any pals who’ve hitched a ride. Carriers offer many of the services of regular stations, including outfitting, repairs, and buying and selling commodities. However, to keep the thing running you need to pay for its upkeep, and failing to do so can result in the ship being decommissioned and scrapped.

Fleet carriers are available now, although you’ll need Elite Dangerous: Horizons to buy one for yourself. If you’re a new player, you probably won’t be earning the five billion credits required to buy one any time soon. But for dedicated players, it’s a goal to shoot for. And next year there’s the Odyssey update to look forward to, which will finally let us explore planets on foot.