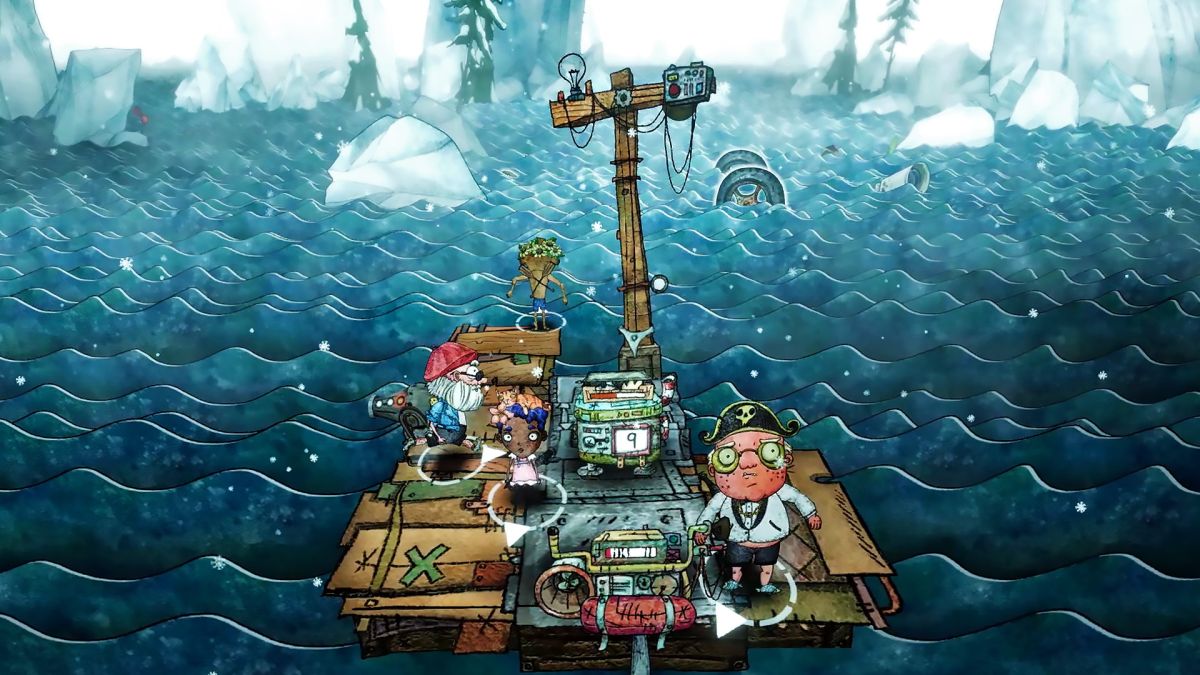 In the wake of the “trash tsunami” that engulfed the Earth, you and your pal will each adopt the persona of a survivor with unique attributes and abilities: Maybe you’re a grizzled sea dog with a gold tooth, maybe you’re a girl with a strong killer instinct, or maybe you’re fat. Whatever—your job is to stay alive and keep your raft afloat and moving by collecting and recycling all the floating flotsam and crapola you can get your hands on.

Of course, it’s it won’t be an easy task, and you’re more than just seagoing garbagemen. You’ll also have to fend off attacks from an array of creatures ranging from crabs, gators, and wild tribes to giant octopuses and killer sharks. Luckily, you’re not all alone in this soggy, trashy world: You’ll also run across other outcasts on your journey across Trash Sailors’ four unique, randomized areas, each with their own different specialties that will help you survive.

Trash Sailors supports both local and online co-op play, and is expected to be out later this year. For now, you can wishlist it on Steam, and find out more about the game at fluckymachine.com.