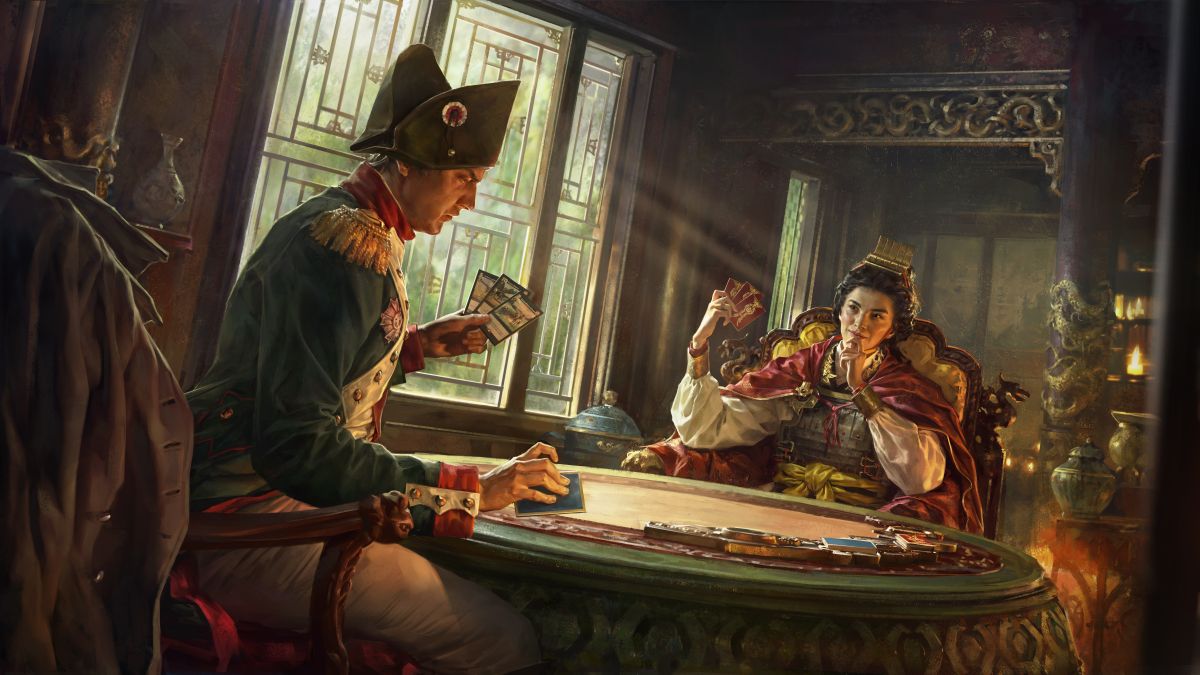 Creative Assembly has announced that its grand strategy series Total War will be getting a free-to-play card game spin-off titled Total War: Elysium. A release date has not yet been announced, but the collectable card game will first launch on mobile and then make its way to PC at a later date.

In Total War: Elysium, players build decks and pick one of history’s famous generals—each with their own unique playstyle. The game will feature rulers like Napoleon, who specialises in ranged tactics; Chinese Warlord Cao Cao, who supports a calculated and controlled method of attack; and the Viking shield-maiden Lagertha, who has an aggressive playstyle.

Cards in a player’s deck represent different groups and artillery in their armies, like Jian sword guards, mangonels, and warships. The official trailer above shows a sneak-peak at the different types of cards, leaders, and abilities in action. Total War: Elysium will also have mid-game deck editing, a daybreak mechanic, and have both single-player and multiplayer modes.

Total War: Elysium is the second game in the Total War series that has yet to have a release date attached to it. Total War Saga: Troy is also on the way, and will release sometime in 2020.