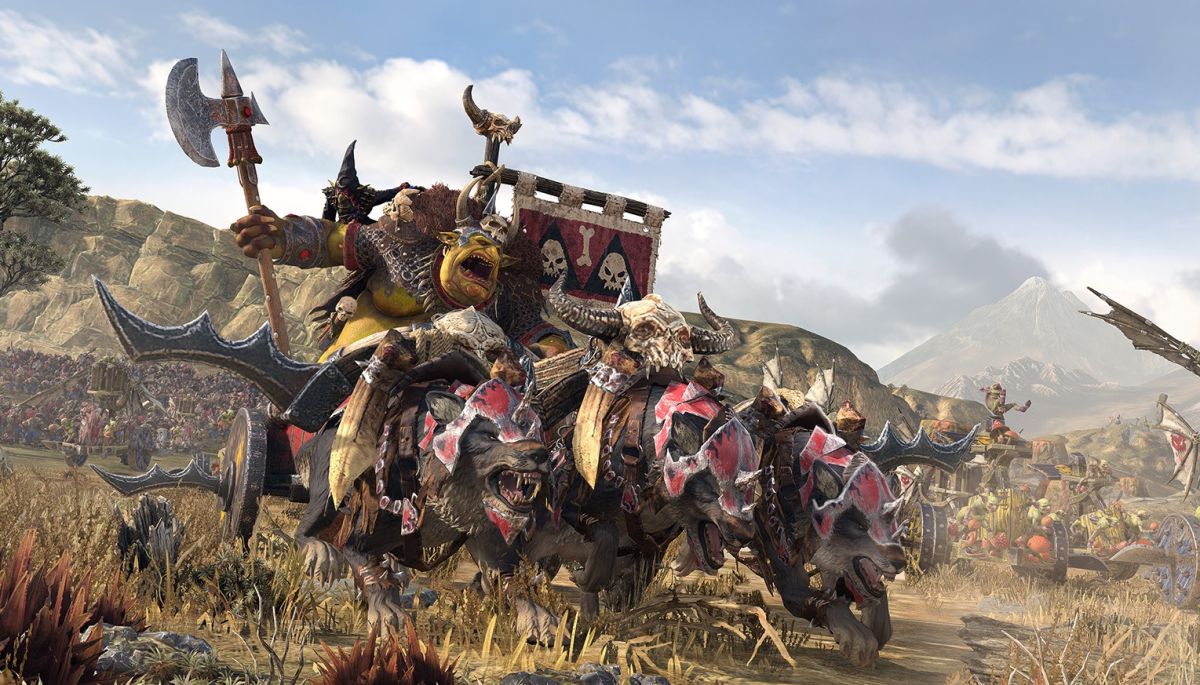 Step aside, Henry Cavill, Warhammer 2’s latest DLC has a real star now: Niblet. Niblet is a goblin. He is not a goblin leader, he’s more like the hype-man, standard-bearer, and charioteer for notably fat goblin Grom the Paunch. He’s beloved by all right-thinking fans of Warhammer Fantasy, so much so that an entire color of Games Workshop’s miniatures paint line is named after him. (Niblet’s great feat, for the record, was getting sat on by Grom the Paunch and surviving.)

We now know that Niblet is not just hype as heck, but he also stunts on stunties and dabs upon pointy-headed elf gits. An eagle-eyed redditor spotted Niblet doing the signature dance move of the mid-2010s on the character select screen. Behold:

Total War: Warhammer 2’s latest DLC is called The Warden and The Paunch, introducing fat goblin and best character in Warhammer Grom the Paunch and also an elf who is pretty neat, I guess, if you like elves. They’ve both got neat new game mechanics of their own. “Warhammer has become the source of Creative Assembly’s most unusual faction designs,” said our own Fraser Brown about the pack. That’s not the only thing that’s nice about the release, either, since Creative Assembly has also periodically released new and interesting updates to the game—this last patch completely overhauled the greenskins faction.

If you’ve not played it and for some reason are spending a lot of time indoors lately, consider trying out Total War: Warhammer 2. It’s one of our best games on PC right now, and one of our best strategy games. Even if you’re not interested in the DLC, the free updates mean the game has aged very well.