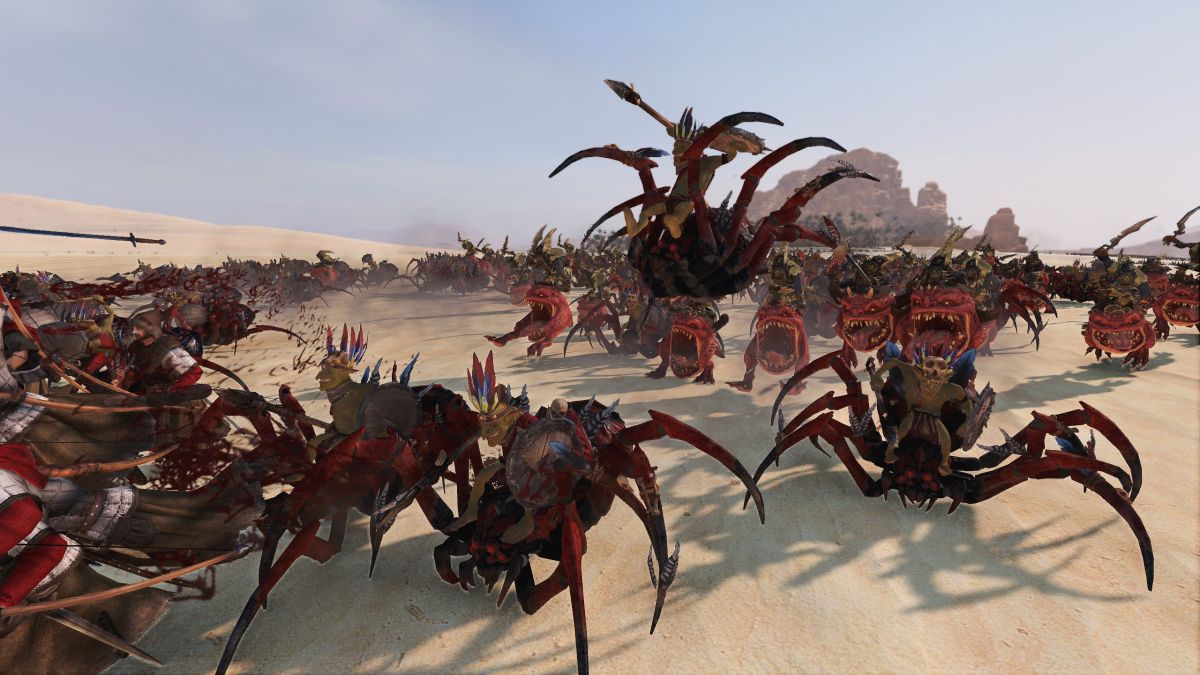 Total War: Warhammer is approaching its third year, but proving that orc invasions and massive fantasy battles never go out of style, it’s currently enjoying a surge of popularity that’s seen more players attempting to conquer the world than the previous highest player count, all the way back at its 2017 launch.

Spotted by PCGamesN, the players started marching in on May 21, where the number climbed to nearly 85,000, the highest its ever been by over 10,000. Normally you’d see these jumps during a free weekend or huge sale, but this time it was an update, specifically aimed at the Greenskin factions.

The WAAAGH! update overhauls the orcs and goblins in both the Mortal Empires campaign and, through DLC, the regular Vortex campaign. It’s a large, wide-ranging update that throws new mechanics and a new WAAAGH! system into the pot, turbo-charging the big green menace. They’re maybe a bit too strong now, but they’re swiftly becoming my favourite faction group.

The DLC is no slouch, either, introducing a new elfy faction along with a tribe of food-obsessed goblins and orcs. Both factions come with unusual unique mechanics, but Grom the Paunch’s magical cauldron is the standout, letting the goblin cook up special (gruesome) meals to specialise your armies. There are ingredients to hunt, new challenges and a hag troll food merchant who will sell you horrible treats.

It’s increasingly more common for games to reach their zenith years after launch, especially with live service games, but even the odd singleplayer game has had a ridiculous resurgence, like The Witcher 3’s big leap in popularity after the Netflix show aired.