Total War: Troy lays out the Greek and Trojan heroes in detailed videos 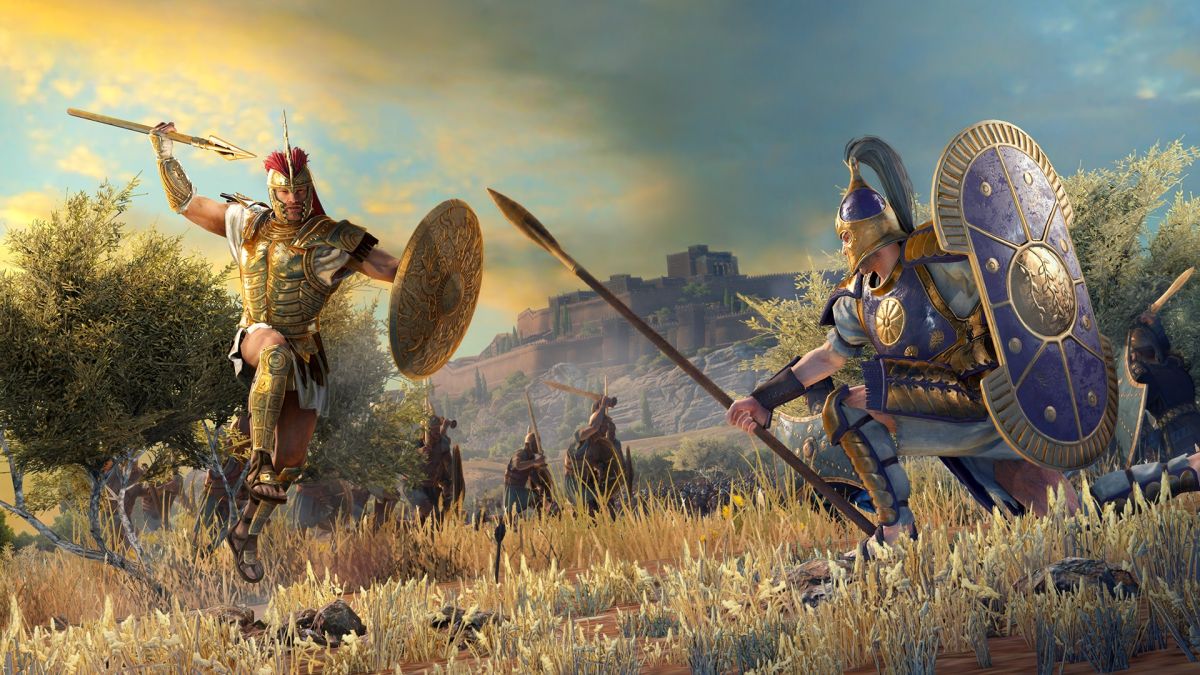 Creative Assembly’s next strategy game is A Total War Saga: Troy, and we’ve heard a lot about it to this point, but the consummate strategy enthusiast always hungers for more. To that end, Creative Assembly has released a couple new videos about the game highlighting the unique campaign mechanics for playing as the heroes on both the Greek and Trojan sides. A key part of differentiating the factions in the small theatre of this focused Total War game is the heroes: They give flavor to your army, have unique mechanics, and dictate what units you can recruit.

Here are the Greeks:

Achilles is all about fighting other heroes to prove he’s the greatest warrior ever (he is), and can never lose a duel. Agamemnon is about gathering up vassals and tributaries to pump up his overall claim to Greek kingship. Odysseus can establish outposts in others’ settlements, allowing him to recruit even in enemy territory, and is stronger in coastal settlements. Finally Menelaus, the guy famous for losing his wife and starting this whole Trojan War mess, can recruit units from any faction he’s allied with, taking advantage of others’ tech trees and uniques.

Hector and Paris both share special rules: They fight over who’s a better son to their father Priam, King of Troy, with the winner getting territory as spoils. Hector also gets bonuses based on how much territory his allies own, rather than territory he owns directly. Paris has a mechanic based on keeping his kidnapped wife, Helen, happy—visiting her often and ensuring she has interesting celebrations to attend. Meanwhile, cousin Aeneas can perform Omens to please different gods, or spirit-journey to the underworld and commune with the dead to gain their advice. Finally, Trojan ally Sarpedon is a consummate trader, gaining influence and power by trading with other factions and looking for unique resources only he can gather.

We had a bit of hands-on time with these characters earlier this year. “One of the trickiest tasks the team set itself was finding a way to present all the Hellenic and Trojan factions as distinct, and it settled on the heroes,” we said at the time. “Every faction uses its primary hero as a foundation, so Achilles’ Achaean armies are full of fast, aggressive units that have a penchant for charging. Hector’s Trojan troops, on the other hand, are heavily armored and focused on defense, just like the prince.”  You can read our entire preview about how the heroes affect the combat, and the game’s changes to the Total War formula, right here.

You can read more about Total War: Troy on our roundup or parse the individual articles here.