Tolerance is about not ‘combating phenomena we regard as evil’, according to CD Projekt Red Director 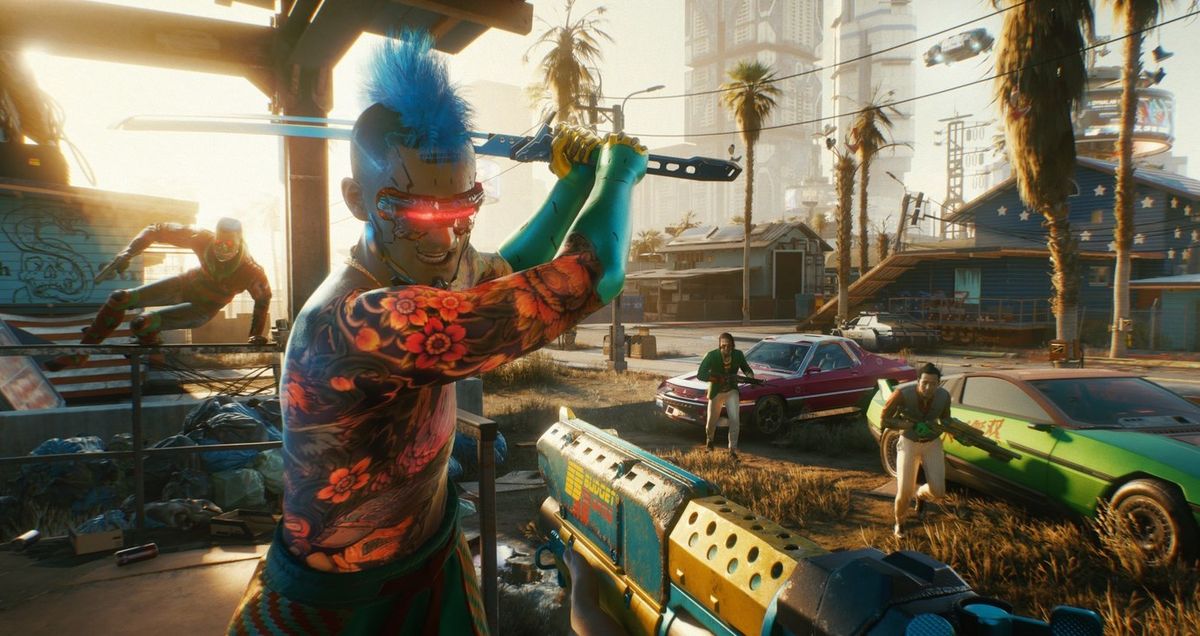 CD Projekt CEO Adam Kiciński and CD Projekt Red studio head Adam Badowski have given an interview discussing the studio’s approach to inclusion and diversity at the publisher.

The interview, originally given in Polish to Rzeczpospolita Daily, was translated into English for the CDP website. In it, interviewer Katarzyna Kucharcyzk probes Kiciński and Badowski about how the company comes across as more vocal on diversity and injustice than other companies in the increasingly-conservative Poland.

While the interview uncritically presents CDP as a big company just loves diversity (CD Projekt became Europe’s largest gaming company in May, overtaking Ubisoft), there are still a few interesting statements from both Kiciński and Badowski regarding their approach to inclusion at the studio and how it tackles the themes of its games.

When asked about CDP’s action in making the studio more diverse and inclusive, Kiciński discusses the pursuit of inclusion and diversity, stating “We pride ourselves on diversity”, before following it up with “but we also realize that efficient operation requires active measures promoting mutual respect and tolerance”. While this could optimistically be read as Kiciński saying diversity is something that should actively be worked towards, a later statement by Badowksi instead paints an image of it simply meaning diversity and inclusion shouldn’t rock the boat.

Talking about the importance of tolerance in the creative process, Badowski discusses how some at the studio believe in a definition of tolerance as “the capacity to respect other people’s needs and opinions which we ourselves do not espouse, and to refrain from combating phenomena which we regard as evil”. While Badowksi himself doesn’t say whether he ascribes to this definition, it’s worth mentioning that, over the years, CD Projekt has had numerous allegations a toxic workplace culture full of crunch and bullying. In that context, a studio heard saying his workers don’t believe in “combating phenomena which we regard as evil” explains a lot more about CD Projekt as a company than Badowski may have intended it to.

More weirdness is found later in the interview, when Kiciński goes on a random tangent about how California is an “excellent example of how openness, respect and tolerance foster innovative businesses and stimulate the economy”. Silicon Valley infamously suffers from a diversity problem, fuelled in part by bias hiring practices (as of 2019, only 6% of Apple’s employees were Black, and only 23% of Facebook’s workforce were women) and gentrification in the area pricing out those from unprivileged groups.

Kiciński even seems to imply that sexism isn’t as big an issue in gaming as it is elsewhere, stating that “in the 20th century the superb writer Andre Norton (born Alice Mary Norton) chose to publish under a male pseudonym because her publisher believed that the masculinized readership demographic would not take interest in fantasy authored by a woman. There is no such issue with videogames”.

While he is technically correct, games are almost always published under studio and publisher names, rather than by an individual who would need to use a pseudonym, and so isn’t a fair comparison. It also completely ignores how women in the industry have once again had to speak out publicly about the harassment they’ve been subjected to while working in the games industry—women may not have to work under a pseudonym, but they’re still getting harassed and assaulted.

All in all, this whole interview paints a very bleak image of CD Projekt. The studio is making a cyberpunk game, a hugely political genre about the terminal nature of unrestrained capitalism, and the the studio head is here saying tolerance is about “not combating phenomena which we regard as evil”. Cyberpunk 2077 will probably be a technical achievement and impressive bit of development, but this interview has all but killed my faith in it actually tackling the core politics of its genre.