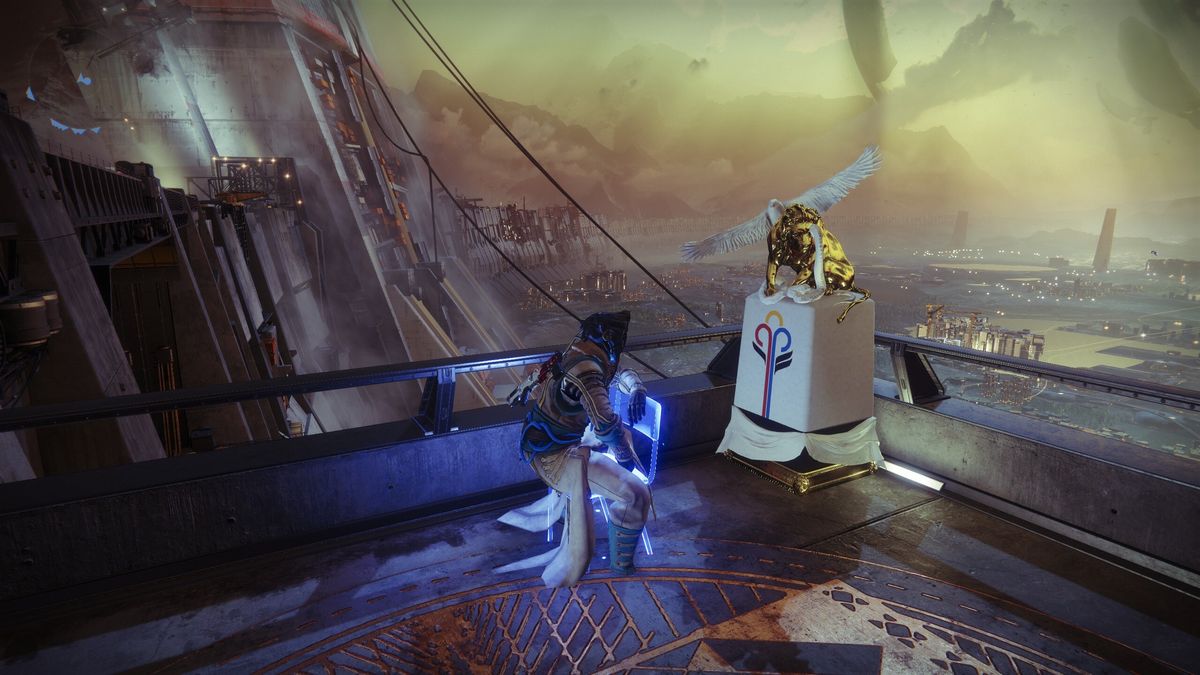 Destiny 2’s inaugural Guardian Games event is over, likely to the relief of players who have been competing over the last three weeks. It was a mess, Tim said, calling it tonally jarring and a big ol’ grindfest. One class rose above the rest, determining once and for all, or at least until next year, that Titans are the best Guardians, and everyone else is a scrub.

It looked like Hunters had it in the bag during the first day, and there were concerns that their victory was effectively preordained because there are just so many of them. People love a cool cape, and they are right to do so. Against the odds, though, it was the Titans who played the most and got the most medals.

To mark the Titan victory, this historic feat, this class defining moment, Bungie has erected a statue. A very small statue. Stuck in a corner of the Tower. Not only is it a bit underwhelming, Titans have to share it with the other classes, as they are all represented, though only in animal form. At least the Titan dog (Phil assures me it’s a lion, but I don’t believe him) is gold.

It doesn’t exactly get pride of place, as you can see from this extremely professional diagram:

Hopefully it was still worth the effort.

The direction of this season and prominence of microtransactions seems to have left players a bit deflated lately, but Bungie is promising some positive changes, including a transmogrification feature and more rewards for raids and other activities. Hopefully this will also include more engaging ways to actually get these rewards, because the Guardian Games offered little in the way of new diversions for veteran players.