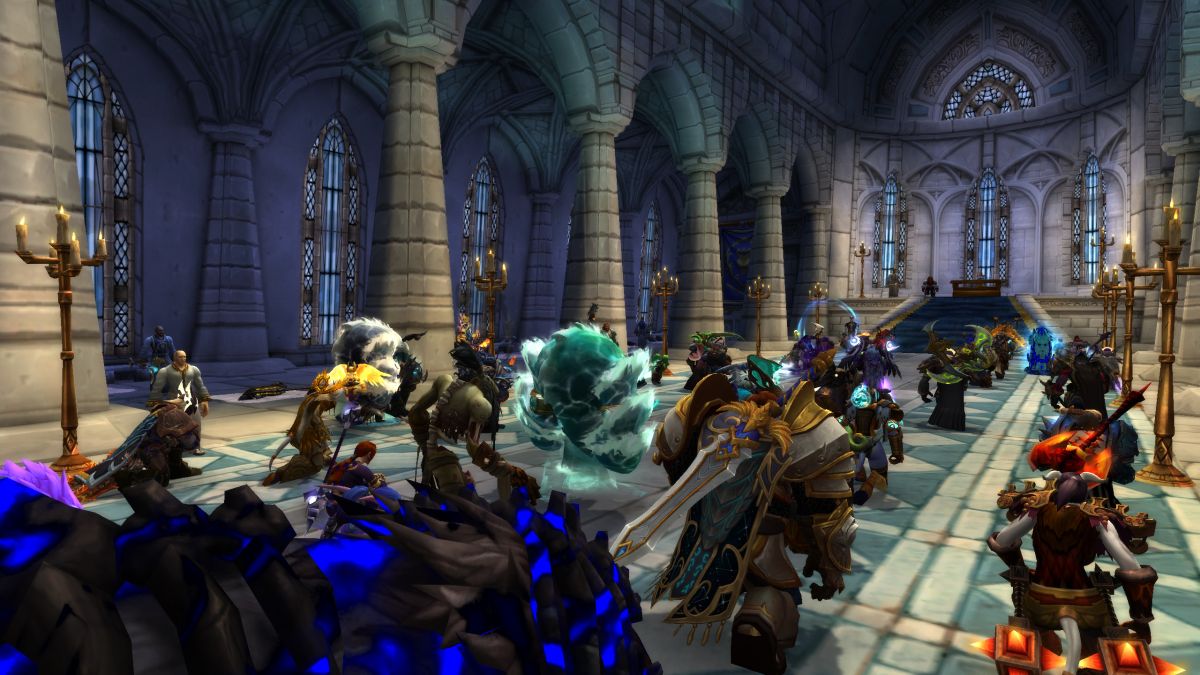 Thousands of World of Warcraft players are gathering in the game today as they mourn the death of Byron ‘Reckful’ Bernstein, one of Twitch’s most famous streamers. Across every server, players in both the Horde and the Alliance are traveling to the Stormwind Cathedral to kneel in silence or exchange memories and reflect Bernstein’s achievements. Though he was banned permanently from World of Warcraft in 2014 for account sharing, Bernstein was arguably one of the MMO’s most famous players and was the highest-ranked PvPer for six consecutive seasons around 2009, as well as the winner of several notable tournaments.

The screenshot above is from the Lightbringer server, where several dozen players have gathered to kneel in the Stormwind Cathedral. Elsewhere, especially on more populated servers, the gatherers number in the hundreds. Even Horde players, who aren’t allowed in Alliance-controlled Stormwind, are making the journey.

Prominent WoW streamer Asmongold was livestreaming when news of Bernstein’s death was first made public, and has been streaming one of the larger in-game gatherings all morning to an audience of over 100,000 viewers. Most of the top Twitch WoW streamers are participating in memorials happening on their chosen server. Some of these gatherings appear to number in the hundreds, but across all servers the total number of players participating is easily in the thousands.

While memorials in the Stormwind Cathedral appear to be the most common, other players have instead opted to visit the non-player character tribute to Bernstein, named Byron Burnside, who was added to World of Warcraft several years ago in the Battle for Azeroth expansion. Byron Burnside is found in the Alliance-owned town of Bridgeport, just south of the Alliance capital of Tiragarde Sound.

Bernstein died earlier today by suicide, as confirmed by both his ex-partner and roommate. He was 31 years old. Over the past few years, Bernstein spoke openly about his bipolar disorder diagnosis and depression and even used his platform to promote mental health awareness, including livestreaming a few online therapy sessions. People who know Bernstein have taken to Twitter today to lament the lack of mental health support, especially in the streaming community.

“This isn’t a ‘Fuck 2020’ moment,” Twitch’s head of creator development wrote in a tweet. “This is a ‘we need to pay attention to mental health’ and ‘we need better resources in the gaming/streaming community’ moment. Yes 2020 SUCKS, but that’s even more reason for us to recognize and combat the stigmas around mental health. RIP BYRON.”

The WoW community is coming together across many servers to hold in-game memorials for Reckful and mourn the loss of a legend:https://t.co/bNtZRh1Q5k pic.twitter.com/xBp1jIPW97July 2, 2020