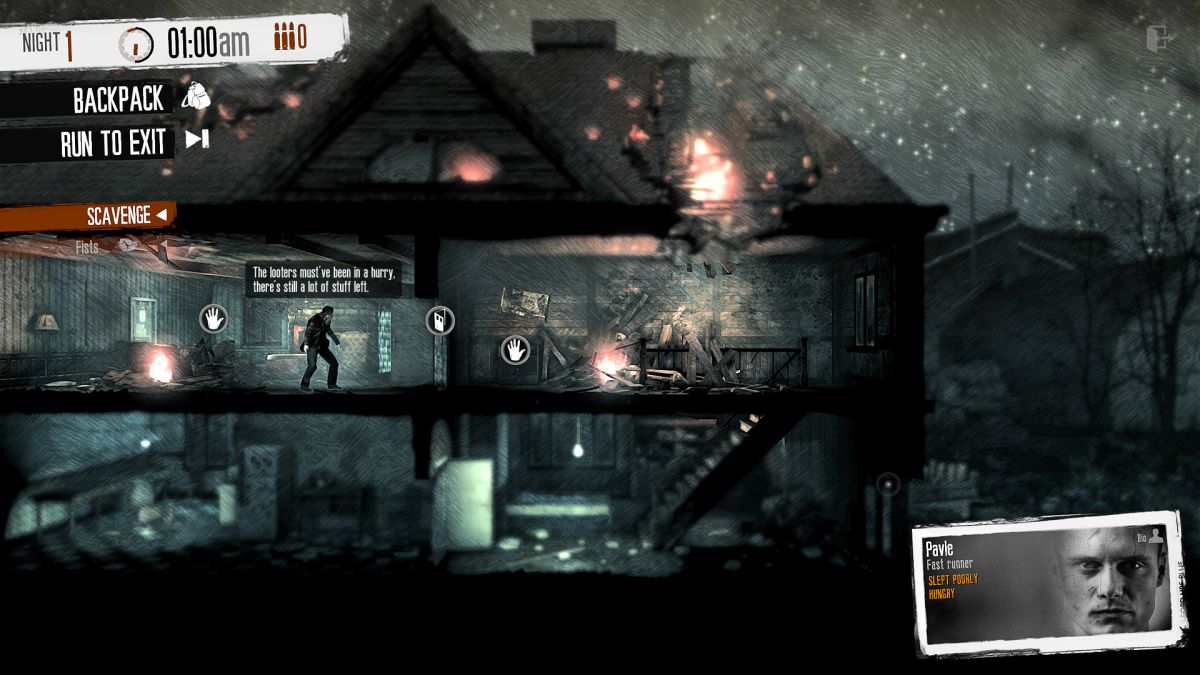 Developer 11 bit announced today that its gritty survival game This War of Mine will be recommended as study material in Polish high schools for a number of subjects, including ethics, philosophy, and history. According to the developer, this is the first time a game has made its way onto school reading lists.

This is a big deal, especially since This War of Mine wasn’t designed specifically as an educational game. The decision to use a game the same way as literature and films underscores that the awareness of games, and the themes they cover, has risen.

“I’m proud to say 11 bit studios’ work can add to the development of education and culture in our country,” says CEO Grzegorz Miechowski. “This can be a breakthrough moment for all artists creating games all around the world.”

Due to its sensitive subject matter, This War of Mine holds a PEGI 18/M ESBR label and will only be available in classes with students aged 18 and up accordingly.

This War of Mine is intentionally difficult to stomach—set in a country at war, you take control of different characters to help them forage for food, weapons, or anything to sell in an almost entirely monochrome environment. Whatever you find is never enough, which is the point, according to our review. The experience will likely stay with students for a while.