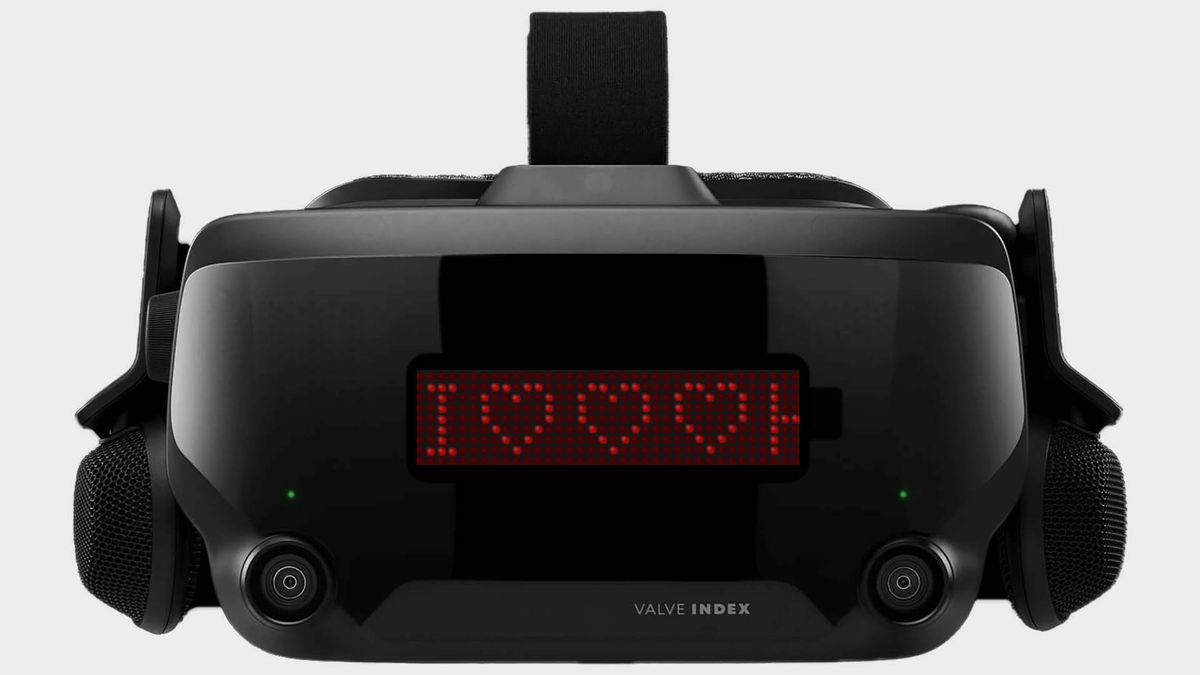 What’s better than owning a Valve Index in time for Half-Life: Alyx? Sticking an LED mod to the front of it that repeats the words “Rise and shine, Mr. Freeman” as you flail around. That or whatever clever combination of letters, symbols, or drawings you feel fit to be plastered across the visor of your VR headset.

That’s what the MiniDex LED mod affords you: the ability to program any drawing, word, or creation you like onto its small programmable screen. The USB-stick sized mod can be loaded into the Valve Index’s ‘Frunk’—the front trunk located under the Valve Index’s visor that has access to a single USB port for power—and will beam out from beneath the headset’s visor.

You can store over 12 custom designs onto the MiniDex LED, and its message can be customised via a micro-USB cable direct from the device to a PC with the Minidex software installed. It’s currently available with either red or blue LEDs installed, so choose wisely at checkout as this cannot be altered with the included software.

Next to the $999 price tag of the Valve Index itself, the $40 asking price of the MiniDex LED doesn’t look so bad, either. Shipping to the US is free, although you’ll have to pay elsewhere in the world.

Mods like the MiniDex LED are possible thanks to Valve’s inclusion of a small divot beneath the Index’s translucent visor. This small space has access to just a single USB port but allows modders to create and experiment with custom hardware to both enhance the look and comfort of the headset.

There are already a couple of dual-fan cooling mods in production for the Valve Index, including one from MiniDex and the successfully funded Chilldex Kickstarter now in production. These reportedly pull hot air away from the player’s face for a more comfortable and cool VR experience, and I’ve got my fingers crossed that they prove worth their while in action. Anything to be rid of damp, sweaty face cushions—just the thought of it makes my skin crawl.