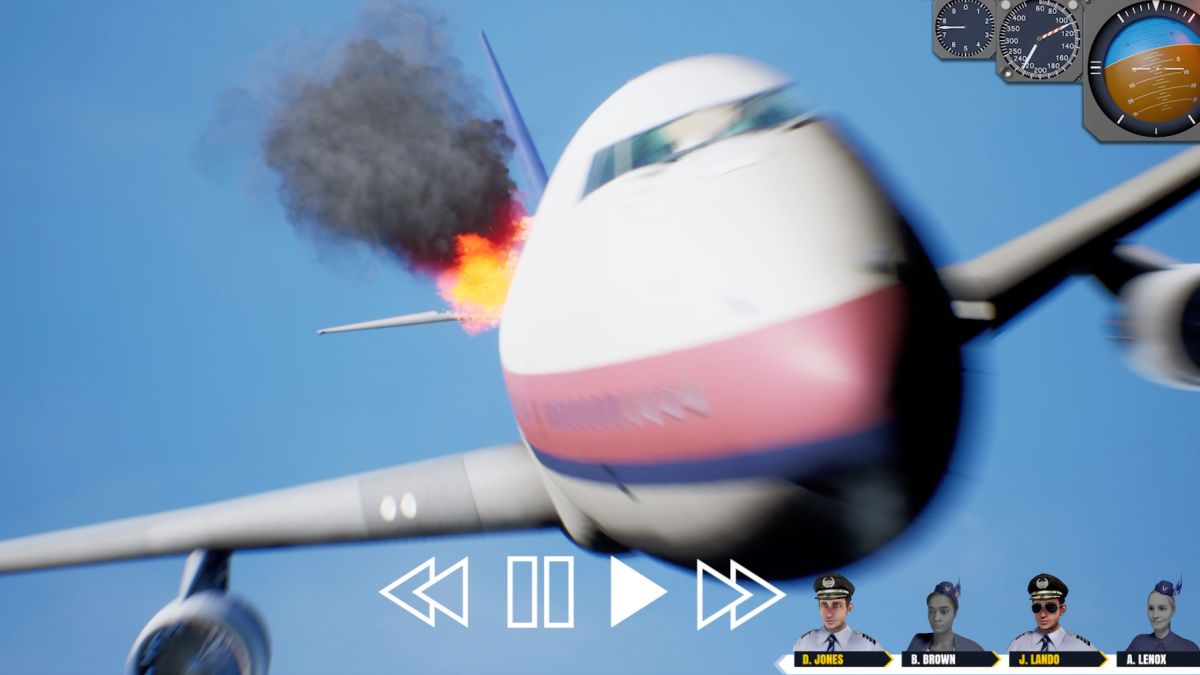 I’m fresh off the horrors of automobile collision investigation simulator Accident when this sucker lands in my inbox. It’s a trailer for Flight Catastrophe, a simulator about horrifying shit happening aboard a commercial airliner. The trailer is… something. You can watch it below, though if you don’t want to see a bunch of terrified airplane passengers being blown up and a burning plane plunging toward the ground, you might want to skip it.

You’ve no doubt already scrolled down to watch but I’ll keep typing up here anyway. In Flight Catastrophe you’re in control of a huge commercial jet packed with passengers and crew. Then, something goes wrong, and that something could be anything from an engine malfunction to a fire inside the plane to a terrorist armed with guns and grenades taking hostages.

What do you do? Tell a flight attendant to try to disarm the terrorist? As the trailer illustrates: No, don’t do that.

If you mess up and a hole gets blown in the plane, you can rewind and try something else, like having the Air Marshall on board handle it, which appears to work out much better for everyone. I think probably the best idea would be to make sure passengers can’t bring frickin’ hand grenades onto an airplane, but that doesn’t seem to be an option here.

Flight Catastrophe isn’t due out until late 2021, which could explain why the screenshots on its Steam page are just images taken from the rendered trailer and why ‘passengers’ is misspelled every single time you see it. The game isn’t done and it won’t be for a while. In the meantime, if you need to travel, think about taking the bus.