This Stardew Valley mod gives your farmer their own smartphone 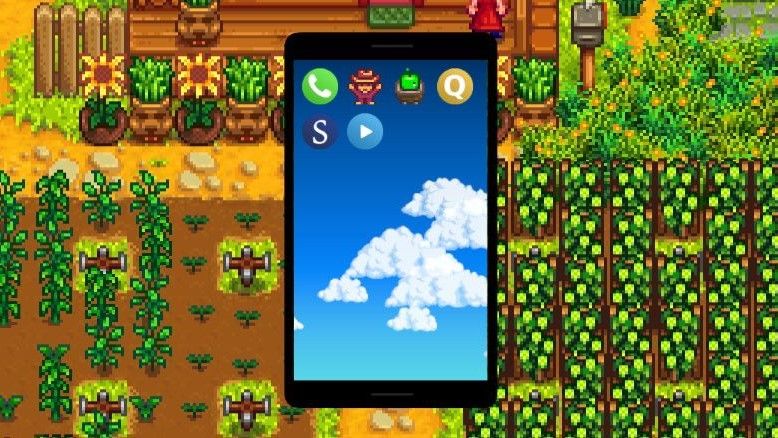 Stardew Valley’s Pelican Town is a bit behind the times when it comes to technology—it’s part of the sleepy community’s charm! But, with aedenthorn’s Mobile Phone mod, you now have access to a handy smartphone bringing you closer to the 21st century.

This mod adds a smartphone interface to the corner of your screen, giving you quick access to all the mobile’s installed apps. The smartphone comes with a pre-installed phonebook that lets you chat with Pelican Town’s friendly residents even from the furthest corners of your farm. Not everyone’s number will be in the app, however, and you’ll need to have at least four friendship hearts with a character before they appear. When you’ve reached that milestone you can then start bombarding them with calls throughout the day.

Modder aedenthorn has created a handful of other mobile app mods for the smartphone. So far, they’ve made a video player, two shopping apps, and a daily inspirational quote app. There’s also an arcade games mod that lets you install Junimo Kart and Prairie King for those quiet moments when you’ve arrived a bit early and have to wait for Pierre’s store to open. Looking at the comments for the mod, aedenthorn has explained that the app with the ‘S’ icon is for a social networking service, which is still in early development.

If you’d like to try out the mod, head on over to its Nexus mod page for information on how to download it. I’m a bit of a mod hoarder and I’ve had great fun with the Stardew Valley swim mod that lets you take in a dip in ponds, rivers, and oceans, and the Garden Village Shops mod that adds six new cute shops to the base game. If you’re after more creative mods from the Stardew Valley community, check out our best Stardew Valley mods list.