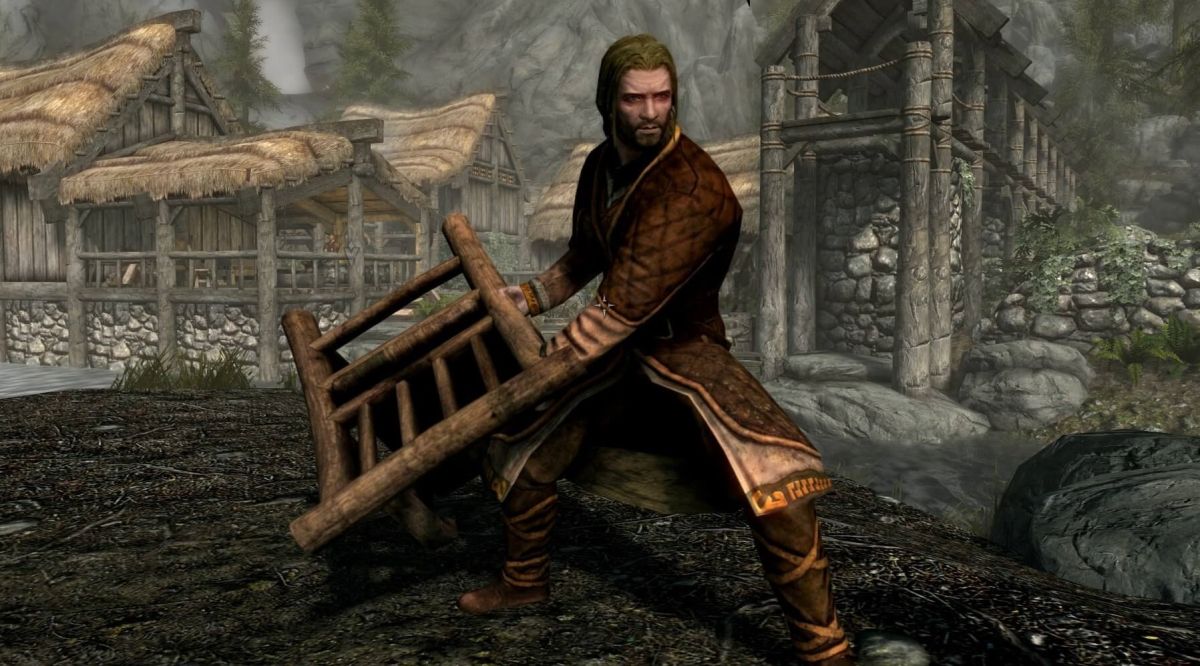 I’ve downloaded a lot of weapons mods for Skyrim over the last eight years, but none quite so grand and intimidating as The Chair. XvomTheMad’s mod is literally just a chair, but it’s solidly built and quite deadly.

Carrying around a chair instead of a greatsword or a mighty axe tells everyone around you that you’ve grown past the need for conventional weapons—everything is now a weapon in your hands. Like Bullseye, but without all the throwing and getting beaten up by Daredevil.

The Chair is not a magical artefact made out of dwemer bones that you can unearth in a dungeon; it’s just an ordinary but hardy seat that you can easily craft yourself with three leather strips. But, again, that just makes you look more like a badass. Someone told you there were dragons around, so you grabbed a chair from your house and went to work.

It’s also quite large, so everyone will know that you’re very strong to be carrying that around on your back all day. It can’t be comfortable.

There are two versions of the mod. One does 20 damage, the other does 737. Wrestling has taught me that chairs are the ultimate weapons, so the overpowered version sounds more true to life. It’s also just as easy to craft.

If you get a buzz from carrying a weaponised chair around with you, why not try other unassuming objects, like this wagon wheel?

Watch your back, Alduin.

If you’ve got the itch to fiddle with Skyrim, here’s our list of the best Skyrim mods to make things easier.