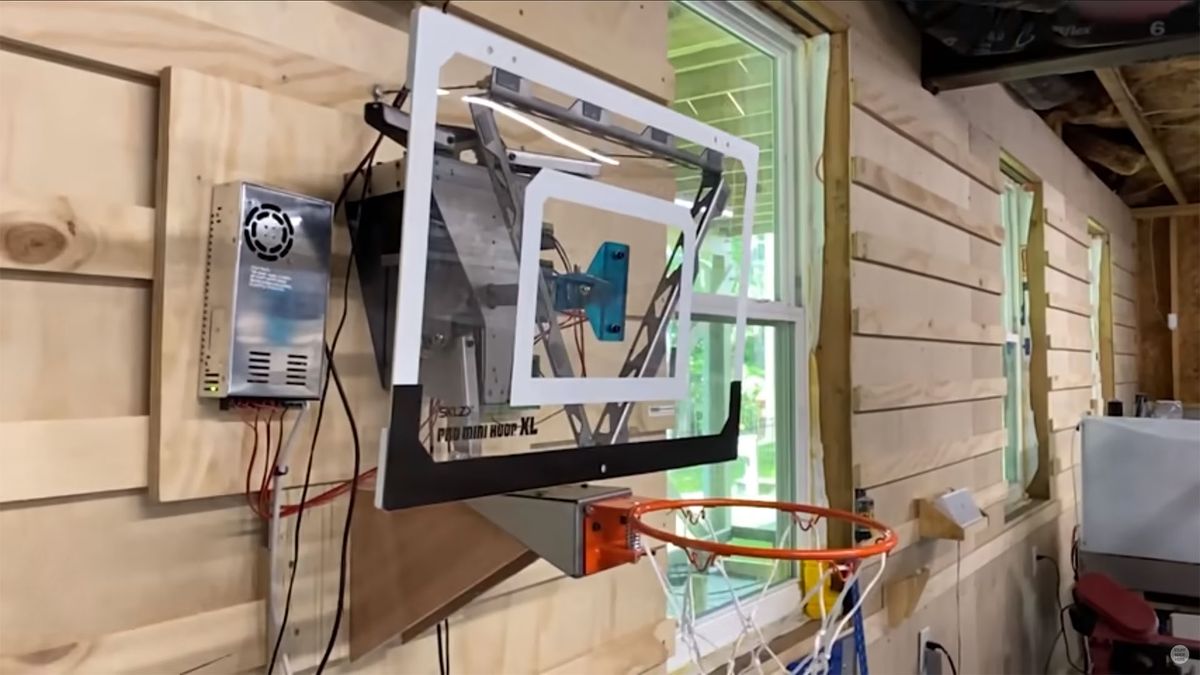 With a little 3D printing, a handful of motors, and a dollop of ingenuity, YouTuber Shane Wighton of Stuff Made Here has put together a basketball hoop that never lets you miss a shot. That is unless you really hooked it off to the side, but in that case there’s almost no helping you.

Building upon a curved basketball backboard from a previous video, which chucks most direct shots into the net, Wighton decided the second iteration of his self-dunking hoop would need to be more active if it were to ever truly sink every shot. Enter: the robotic basketball hoop.

Complete with three motorized arms and tracking courtesy of Microsoft’s Kinect sensor (a long since forgotten relic of a bygone era that’s almost exclusively used to spot ghosts), the backboard actually tilts and shifts in order to align perfectly with the oncoming ball in order to sink it into the net every time.

It’s built with “layers and layers of linear algebra,” Wighton says in the video. And all that math is processed within 600ms—the time it takes for the ball to leave Wighton’s hand and reach the net.

“In that time I have to figure out where’s the ball, what trajectory it’s following, and then I have to move the backboard to whatever position I need to, to direct the ball in,” Wighton says in the video.

That’s why it’s incredibly important to choose the right components. This auto-backboard is built from the lightest materials, yet still requires three powerful motors in order to run smooth enough to operate as intended most of the time—Wighton promises bigger, better motors are on the way for a future project.

Most important of all is the software. Figuring out what is a ball and what isn’t and where it’s coming from, in order to have the hardware adjust accordingly, and within 600ms, is tough. Luckily, Wighton’s ballistic trajectories and smart computer vision can discern the thrower (you) from the throwee (the ball). With enough data, the ball’s continued trajectory can be estimated and the hoop adjusted to the correct path.

Which all goes to drastically oversimplifying Wighton’s work, but you can check out the video for the full breakdown and see the hoop in automated action.

Quick note: I was told to say that thing about the Knicks. To my British sensibilities the Knicks sound like some early 2000s indie band from Shoreditch. My apologies if they slam dunk all day, everyday.