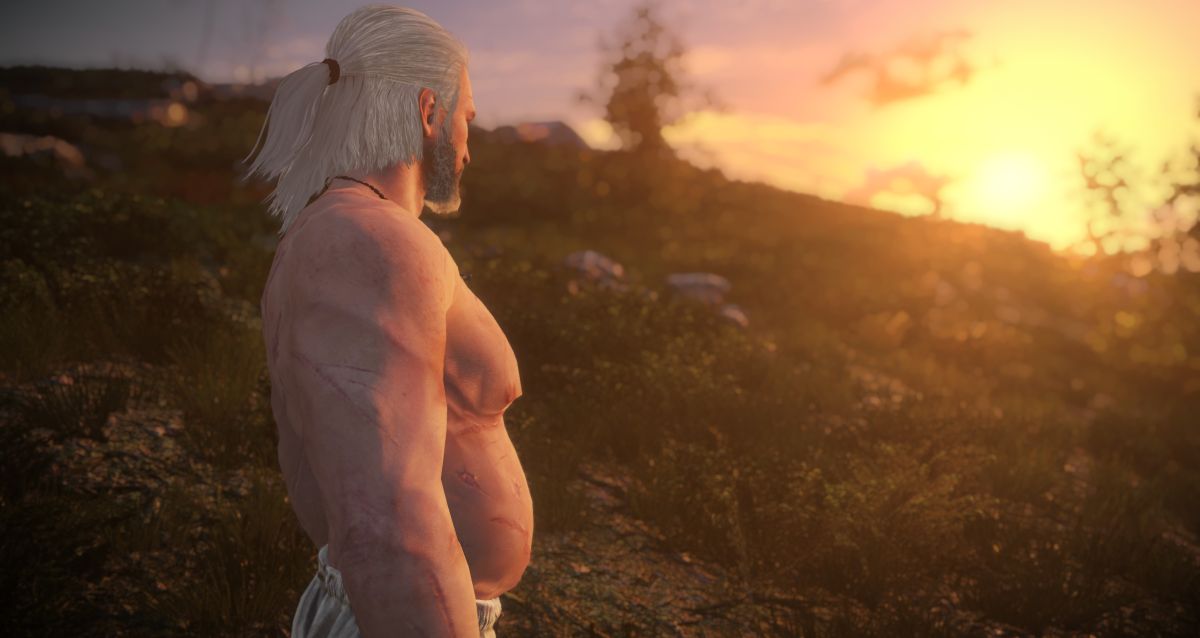 We’re used to our adventurers being completely ripped, cut, jacked—or whatever other term you want to use for someone being lean and muscular. But what about when the adventure is over? The monsters slain, the quests completed, the collectibles collected, every last bit of dialogue wrung out of the world’s supporting characters. What then?

It’s gotta be hard to keep up that physique, and surely as our hero’s frantic pace slows down, so does his metabolism. So, it seems natural that if Geralt of Rivia takes to eating a few extra legs of mutton or a couple extra sweet buns and doesn’t immediately burn off those calories by sprinting all over The Continent, he might pack on a few extra pounds here and there.

Enter the Dad Bod Geralt mod for The Witcher 3, by HackerAxe. The Wild Hunt is over, and Geralt has developed a few extra curves. And why the hell not? More heroes should have achievable bodies, if you ask me. If I really started working out and maintained a sensible diet, in a year or two I could probably look almost as good as out-of-shape Geralt does here. Probably. Maybe.

The Dad Bod Geralt mod is still a work in progress (this is HackerAxe’s first mod, in fact), and some plans for future updates include smoothing out the meshes and adjusting items like Geralt’s bath towel, weapon belt, armor, and shirts to fit his curvy new dad bod a little bit better.  You can grab Geralt’s new love handles right here at Nexus Mods.