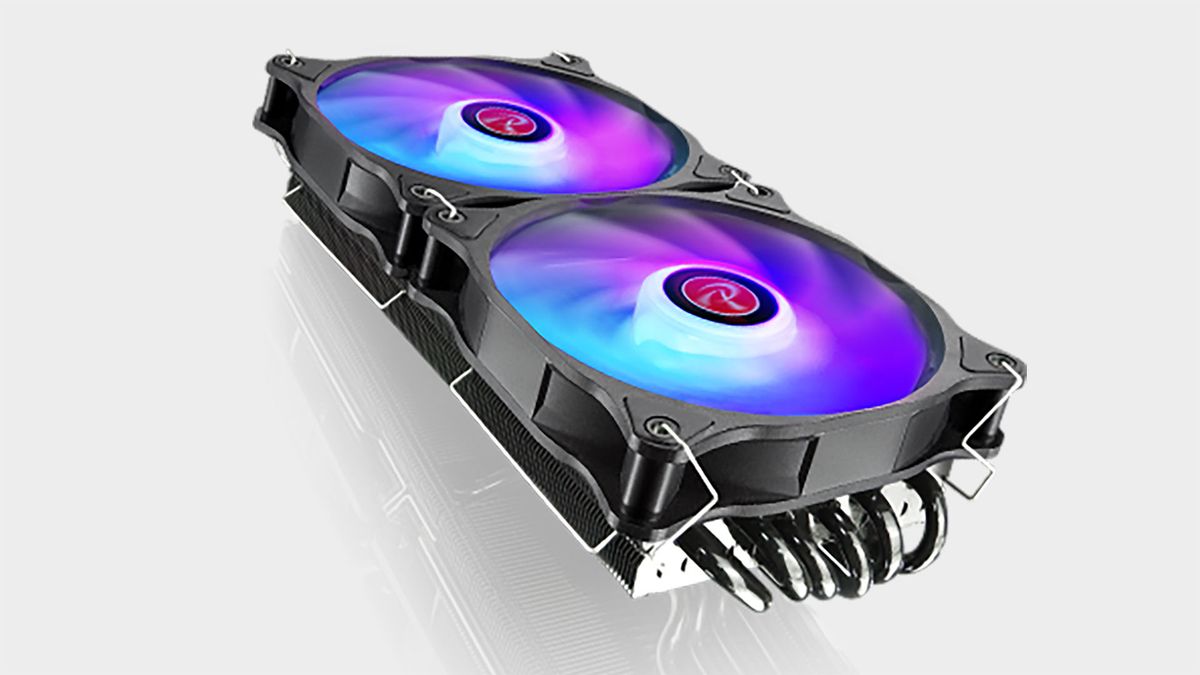 If two days hunched over a custom-loop liquid cooled PC isn’t your cup of tea, then perhaps Raijintek’s latest GPU air cooler is more your speed. Capable of cooling up to 360W of Nvidia RTX 20-series or AMD Navi GPU, the Morpheus 8057 offers a serious upgrade on store-bought GPU heatsinks.

The heatsink and fan combo accompanying your GPU right out of the box are usually more than capable enough of delivering decent temperatures at only a moderate nuisance to your ear holes. But if that’s not enough, it’s time to look into custom kit. That’s where the Morpheus 8057 comes in: a colossal 12-heatpipe air cooler fit for dual 120mm fans.

That outta do it, huh? You have to tear your graphics card right down to its flimsy PCB in order to install the Morpheus, but it’s a relatively straightforward installation process from there with four screws keeping the mighty plate held down tight.

Future Nvidia Ampere or AMD RDNA 2 GPUs may require a different cooling configuration or heatsink design, so best to play it safe if you have intentions to upgrade come the end of 2020.

The cooler is only capable of keeping your GPU chill, however. Memory and VRM will need to be stuck with independent heatsinks, and the fans oriented correctly, in order to keep these parts within amicable temperature range—three copper heatsinks and a single aluminium heatsink come bundled with the cooler.

The Morpheus would certainly look the part alongside a Noctua air cooler for your CPU, and knowing past performance of these mighty chip chillers, your rig will be all the better for it, too. We expect nothing less from a cooler some 254 x 100 x 44mm big. It also weighs a hefty 515g.

Performance also depends on your choice of PC fan, so make sure to pick up a pair capable of efficiently drawing heat away from your GPU.

No pricing or availability has been announced for the Morpheus 8057 just yet, so be on the lookout at major retailers over the coming months.