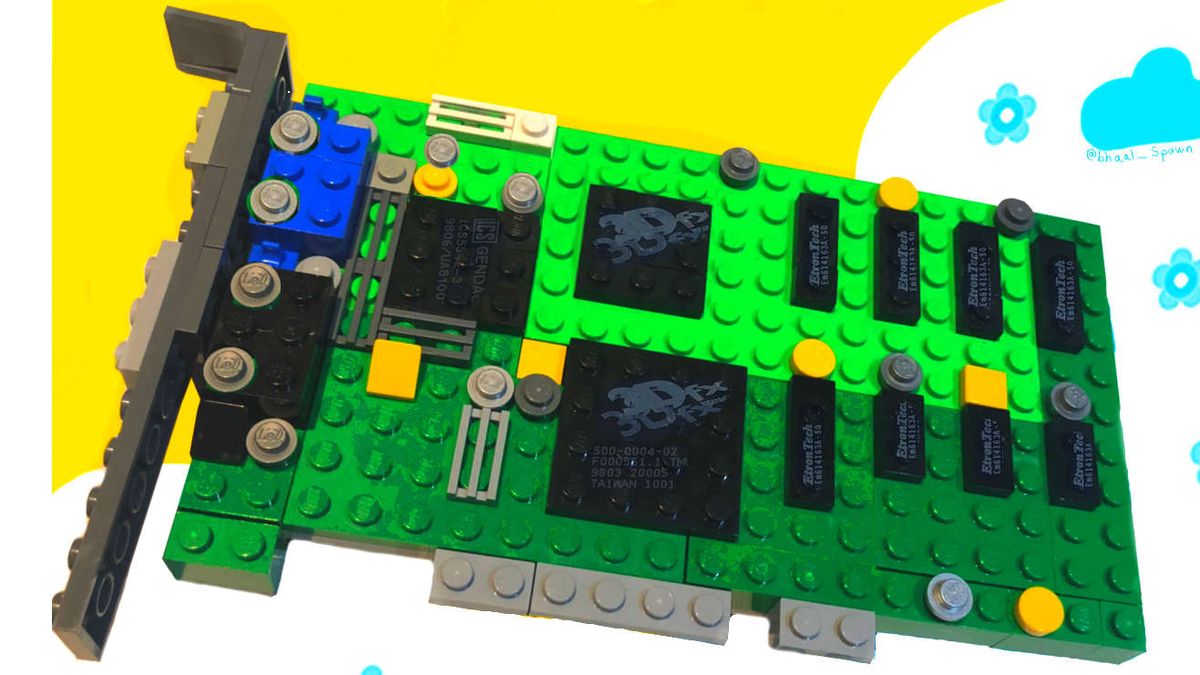 Forget the Cyberpunk 2077 Nvidia RTX 2080 Ti, there’s a new kid in town. This LEGO 3Dfx Voodoo 3D graphics card is up on the LEGO Ideas site, just waiting to get turned into a real kit you can buy in the store.

Posted on Twitter by @Bhall_Spawn, “the weirdo who brought you the LEGO Sound Blaster…” (her words, not mine!) the blocky little GPU might just be the start of a whole range of LEGO PC gaming components. It might not make our best graphics card list, or even run Crysis, but I’m a sucker for a LEGO build. I’ve very fond memories of trying to jam a Raspberry Pi into a chassis made of bricks…

But wait, 3Dfx? Okay, Boomer… For the uninitiated 3Dfx was the forerunner to Nvidia, and was responsible for some of the most incredible visuals seen at a 640 x 480 resolution. The original Voodoo graphics card was released way back in 1996 with a mega 4MB of non-LEGO memory and a 50MHz clock speed. Mmmm.

Bhall_Spawn has also made a LEGO Sound Blaster and a Gravis Ultrasound, and there’s bound to be more to come… “I have a feeling I might do some more pieces,” she told us, “what with all the home time I have on my hands suddenly!”

Can I ask for an Nvidia 8800GT? I frickin’ loved that card. The shiny black, single-slot shroud…

If you head over to the LEGO Ideas page you can actually vote for the 3Dfx Voodoo to be made into a real LEGO set. You just need 10,000 votes to get it considered, only another 9,900 to go!

It’s probably going to be a while before we get another new graphics card launch, and there’s nothing we can do about that. Jen-Hsun has announced that Nvidia is holding back any shiny GTC announcements until there are less important things going on, and the postponement of Computex means we might lose the AMD Big Navi June release too. But this is one graphics card that we might actually be able to help get made.