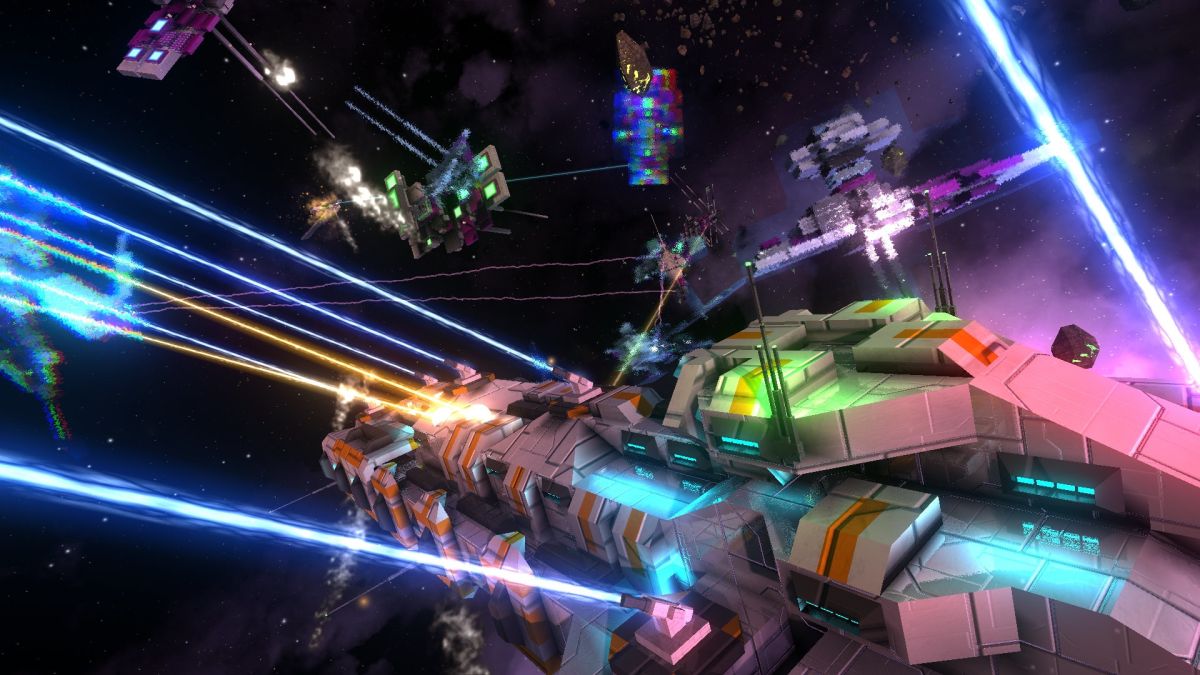 I’ve never been one for the spate of voxel games that have come out over the last decade. I have, however, always been one for a good space sandbox. Space sandbox Avorion has been a long-running Early Access game that just released into 1.0 last month to pretty positive user reviews. After putting aside my general distaste for games that ask me to spend hours in finicky ship customization I found Avorion to be a pretty lovely experience. There was a bit of a learning curve at first, but building your own chunk, blocky spaceships is both pretty easy and surprisingly fun. It has all the usual space sim stuff: You can mine asteroids, trade space goods, watch procedurally generated space empires fight each other and/or join in the fight. The really impressive draw here is that I got to choose my own ships. If I like spheres, I can do spheres really easily. If I like sleek long ships, I can do that too. (I like spheres.)

Developers Boxelware have delivered a pretty surprising experience for an indie in a crowded genre, and a good example of a game that early access really worked for. Flying your ship strikes a good balance between Newtonian space physics and accessible control for those who don’t love full-on simulators. The world simulation isn’t as deep as other games—the economy isn’t dynamic, for example—but as a wacky jaunt into building a custom spaceship and bashing pirates I found it a winner. Others get far more into the game—reviews are rife with players who’ve spent hundreds of hours building and managing a sprawling space empire. As a cherry on top, everything in the game is singleplayer and multiplayer.

You can find Avorion on Steam and at the official Avorion website.