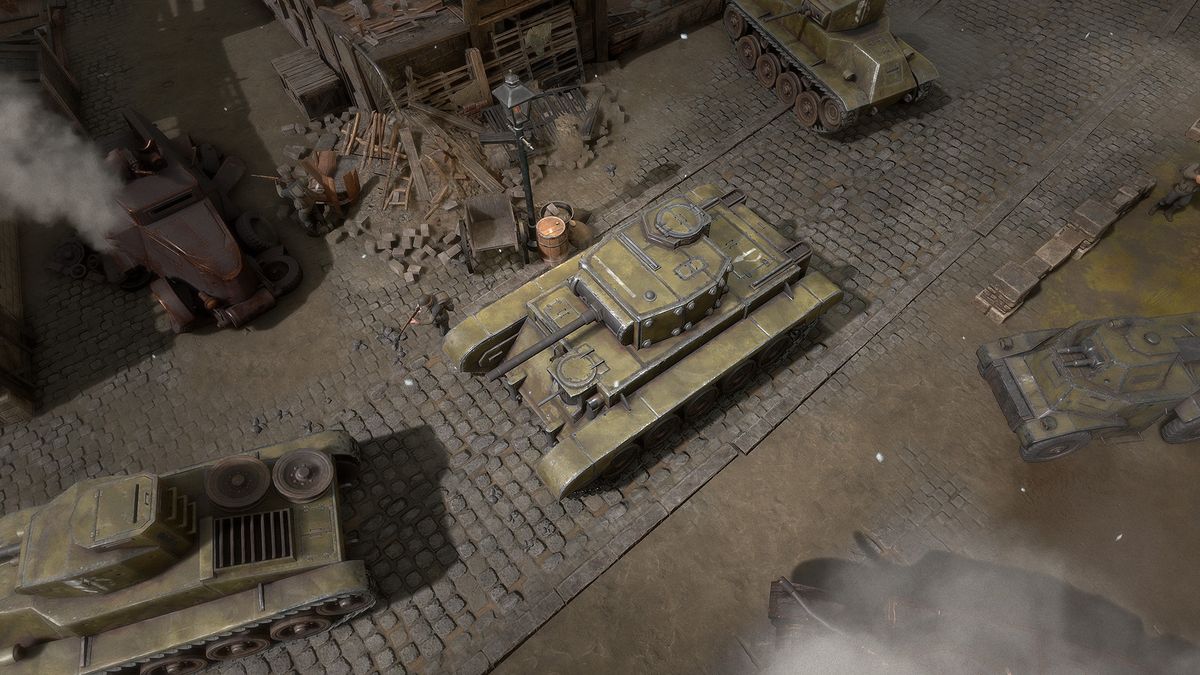 Foxhole is a massive war game, a sprawling simulation of a World War 2-like conflict where hundreds of players on each side fight each other for days on end to fuel and fight a war effort. Late last year the Foxhole community was rocked by a scandalous event commonly called the “Jade Cove Incident” or “Jade Cove Missile Crisis” where one side fell to infighting over the tactical decision to obliterate one of their own towns to deny it to the enemy during the game’s longest, most gruelling war yet. Foxhole YouTuber Gil Brian Perez has put together a fantastic three-part documentary with the real voices and testimonies of the people involved that’s a great watch for those who love the stories of how games are played. A persistent game, the voices involved span the globe. It’s also meticulously made, with military history style maps of the battle and forces as they attack and counter-attack.

There are just a couple bits of jargon you’ll want to know going into this. When players talk about “shirts,” they’re talking about what are effectively tickets that let soldiers spawn and respawn. When they talk about days, know that a day in Foxhole is an hour in the real world, so day and night are each 30 minutes long. Deadlands is the center of the map, Endless Shore the east, and Farranac the west. Foxhole is a persistent war game where nearly everything is produced and used by human players. You can’t spawn without a resource gatherer spending time getting material, refining it, placing it into a factory, and a logistics player then driving or boating it to the frontline. This is the first video in the documentary, and here’s a link to the playlist of the whole thing. Here’s the first video:

Foxhole is available on Steam in Early Access, where it has been in persistent development since 2017. The map in the documentary actually has very little in common with today’s game world map. It recently made some big changes by adding new defensive structures and logistics tools.