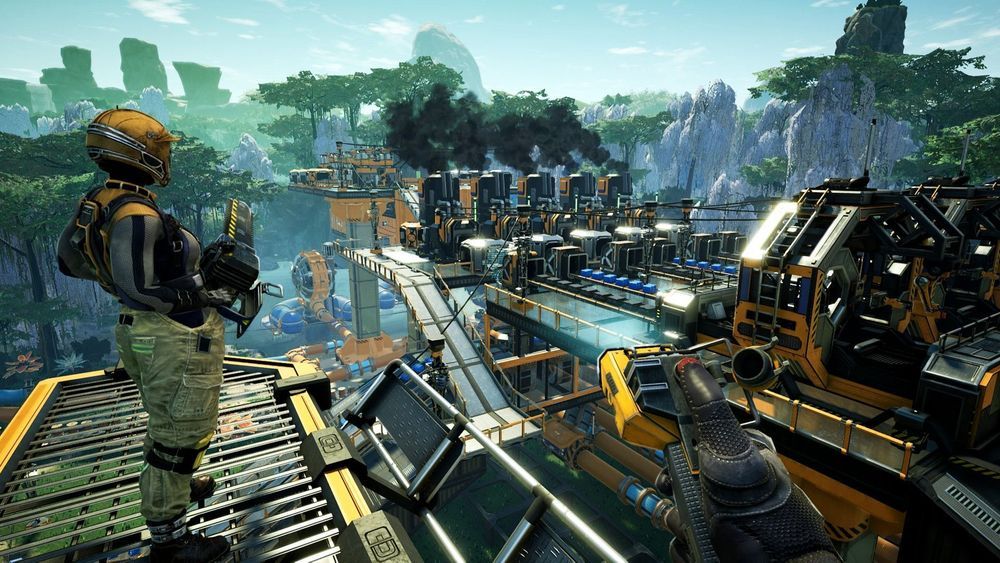 Surprisingly, Satisfactory and Stardew Valley have a lot in common. In both the open-world factory builder and wholesome farming sim, organisation and efficiency are key to creating the perfect production line. Satisfactory is focused on elaborate machine assembly lines, however, leaving you no time to grow tasty produce. This farming mod created by mrhid6 fixes that.

The mod lets Satisfactory players plant and grow crops alongside their industrial empire. You’ll get seeds for wheat, potatoes, carrots, cotton, pumpkins, corn, and yosse berries, letting you fill up your larder with hearty food.

You can also use a composter to turn organic material into fertiliser and a cooker to bake bread, pies, and muffins. More mechanical assistance comes in the form of a greenhouse that can be upgraded to water your crops for you. Looks like Satisfactory players will never have to learn the pains of perfecting a sprinkler layout.

It’s been in early development since last year, but mrhid6 released the mod’s first full version earlier this month. The release caught the attention of the Satisfactory devs, Coffee Stain, who featured it in their community mod twitch stream. Coffee Stain highlighted a handful of impressive creations and uploaded the full stream to YouTube. If you’d like to see the farming mod in action, skip to 23:07.

If the farming life sounds like it’s for you, head on over to the mod page and take it for a spin. If only a modder could bring the sleek assembly line systems of Satisfactory to Stardew Valley.