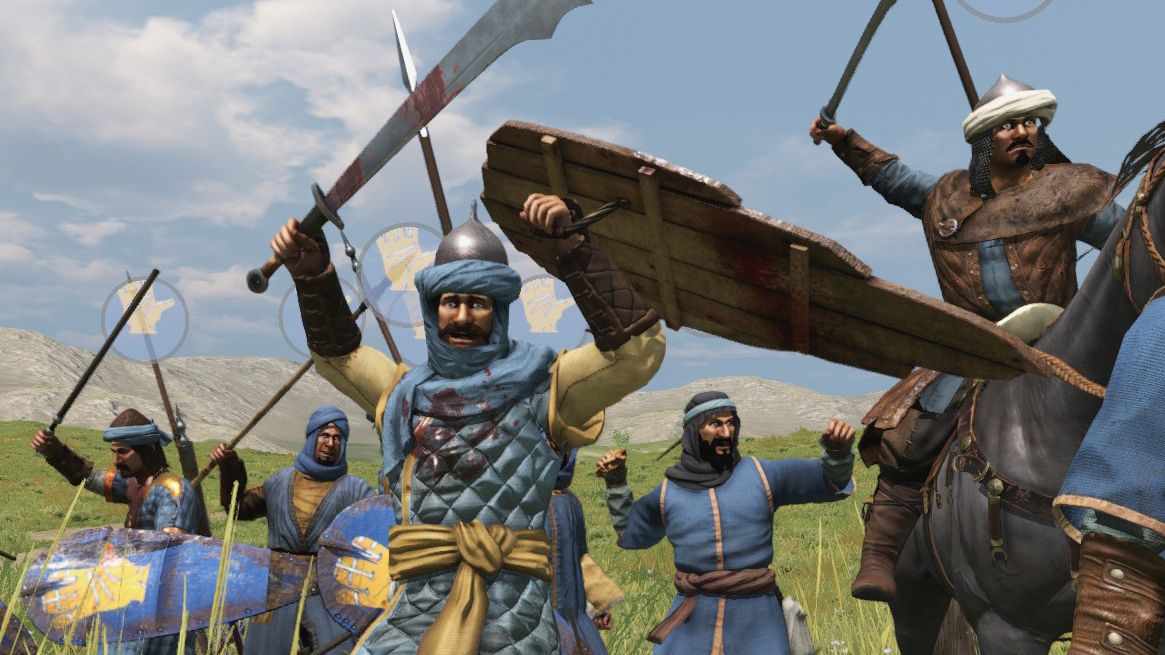 Combat in Mount & Blade 2: Bannerlord can be overwhelming, exhilarating, and brutal. And when a long, hard-fought battle is over and your army stands victorious, it’s immensely satisfying to see your loyal soldiers and companions raise their weapons, and their voices, to the heavens.

Hell, it’s even satisfying to hear them cheer when it was a short, easy battle against a handful of scrubby looters. Raaaaaaah!

But here’s the thing: you should really be able to whoop it up right alongside them! And now you can, thanks to what I consider to be the first absolutely essential Mount & Blade 2: Bannerlord mod. The Cheer Mod lets you raise your weapon in the air and give a triumphant, throaty hoot alongside your clan. Cathartic as hell!

The mod is customizable, too. You can set it to automatically make your character cheer at the end of the battle (though this roots you in place), or you can set the cheer to be triggered by a keypress if you’d like to save it for special occasions. Your cheer also has a chance (modifiable) to raise the morale of your clan.

You can find the Cheer Mod and instructions to install it on Nexus Mods. Please note that according to some posts on the discussion page, the mod doesn’t currently use the proper dependencies and may conflict with other mods (though it seems to work just fine when it’s the only mod you have activated). Hopefully that will be fixed in an update soon.