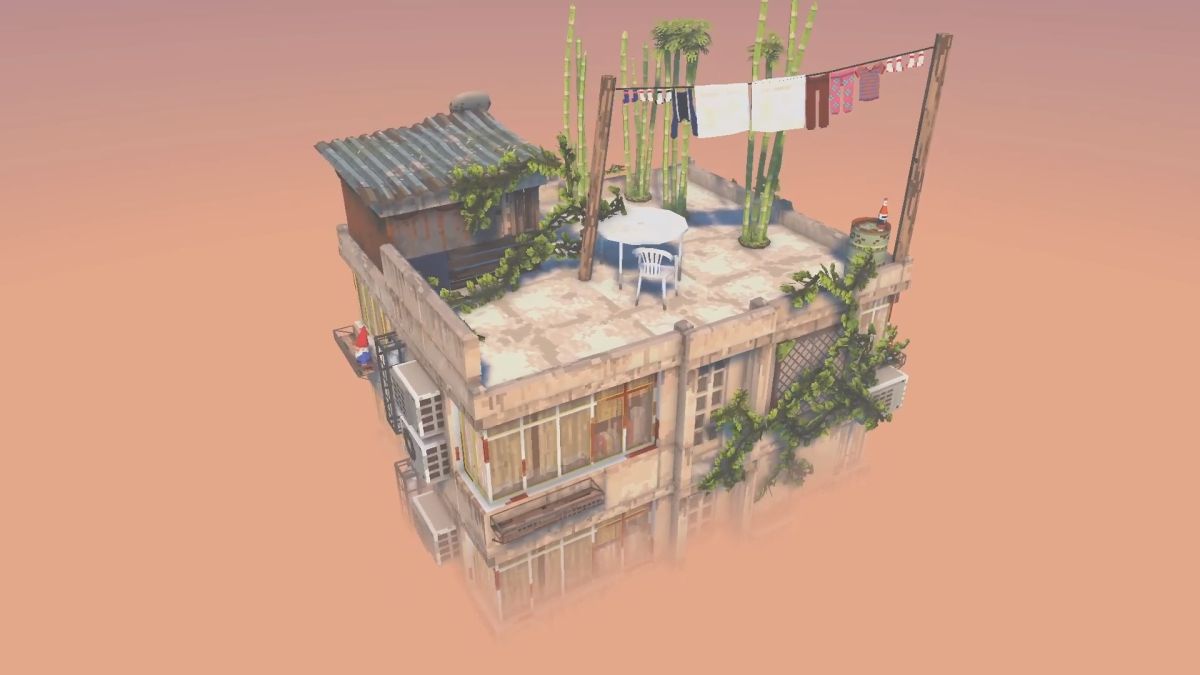 I like my post-apocalypses to be verdant. Keep your radioactive deserts and give me nature devouring the corpse of civilisation. That’s Cloud Gardens’ pitch: help plants grow amid urban ruins at the end of the world. It’s an aimless, meditative little garden sim, and it’s coming to Steam soon.

Where developer Noio’s previous games, Kingdom and Kingdom: New Lands, were driven by expansion and objectives, Cloud Gardens is a chill sandbox where you just do your own thing. There’s a six-chapter campaign where you need to strike a balance between nature and civilisation, but that’s the only guidance you’ll get.

Ultimately you’re just creating interesting spaces and creative dioramas. Like Townscaper, it’s entirely focused on the joys of creation, though you’ll also need to do some planning and nurturing. To get all your greenery to thrive, you’ll need to plant seeds in the right places and learn what they need, and then start placing salvaged objects for them to grow around and take over.

The entire time I was playing through The Last of Us Part 2, I couldn’t shake the feeling I’d be having more fun just chilling out in Seattle’s wilderness, setting up a nice post-apocalyptic apartment in the middle of the half-concrete, half-natural forest. I want the aesthetic of the post-apocalypse without all the murderous psychopaths.

Cloud Gardens is getting an Early Access launch first, and according to the Steam page it’s expected to last around three months. The date for that hasn’t been announced yet, but it will be soon.