This bizarre liquid cooler chills both your CPU and your RAM, for some reason 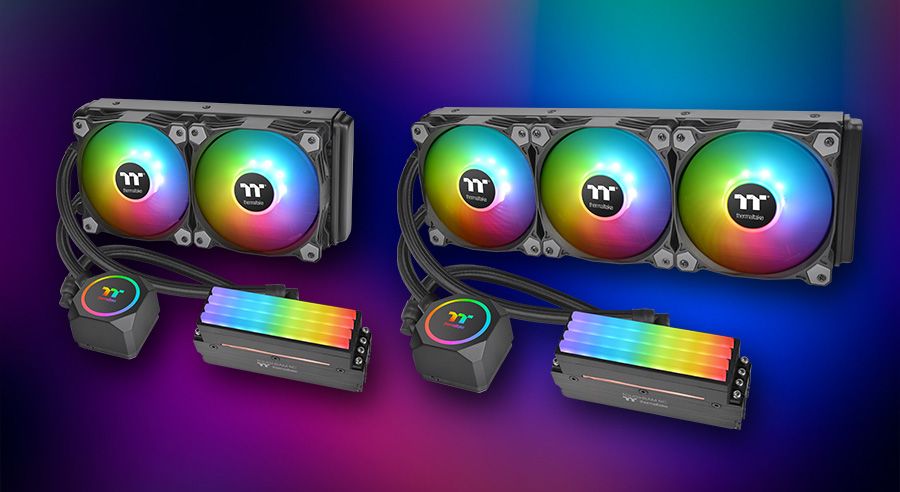 Back at CES earlier this year, Thermaltake showed off a prototype all-in-one liquid cooler designed to bring the chill to your CPU and RAM simultaneously. Not every prototype evolves into a finished product, though, and given that there isn’t much need for liquid cooling RAM, we thought this one would get scrapped. We were wrong.

As you might have surmised, the RC360 sports a 360mm radiator with three 120mm cooling fans attached, while the RC240 slaps a pair of 120mm fans onto a 240mm radiator.

A second tube on the CPU waterblock makes a beeline to the RAM waterblock, and from there the coolant returns back to the radiator. Think of it like traveling from New York to Los Angeles, with a layover in Dallas.

It’s a bit of an odd design, which is presumably why no other company has built something like this before (that we’re aware of, anyway). It seems Thermaltake was so preoccupied with whether or not it could create an AIO liquid cooler for both the CPU and RAM, it never stopped to think if it should. At least not for the mainstream sector.

Memory modules are poor candidates for liquid cooling, though we suppose if you really want the added peace of mind, these new Floe coolers provide it.

Thermaltake says these coolers are compatible with its Toughram RC memory modules, which are not included. It’s not clear if other memory modules might work as well, once you strip the heatsink off and slap it into the RAM waterblock. That in and of itself can be risky on most modules, though it looks like it would be fairly easy to do on Thermaltake’s Toughram RC kits (just a matter of removing a few screws).

These coolers will be available in the third quarter of this year. I’ve reached out to Thermaltake for information on pricing and compatibility, and will update this article when/if I hear back.