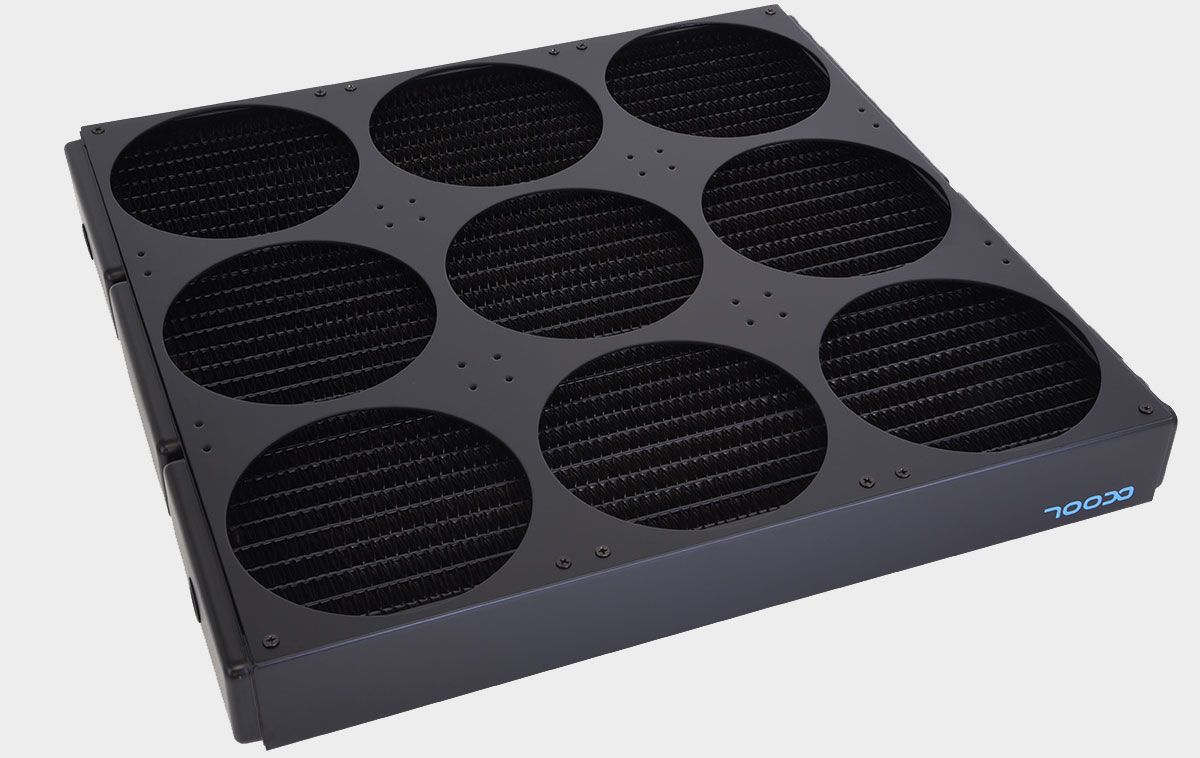 Alphacool has launched a new line of “NexXxoS” liquid cooling radiators, and each of the five models are absolute units. As in, if King Kong were to build a PC, this is the cooling line he would use. Or if God decided it was time to turn Hell into a block of ice, again, these would be the tools for the job. Or… well, you get the idea. They’re gargantuan.

The one pictured up top is the XT45 Full Copper 1260mm SuperNova, a massive radiator with room for up to nine 140mm cooling fans, or four 200mm fans if you flip it over. Or none at all. This thing offers so much surface area (441 x 422 x 48 mm), Alphacool says you can skip the fans altogether and run it passively.

The two other XT45 models—Full Copper 200mm and Full Copper 400mm—look more like traditional rads, just bigger, with room for one or two 200mm fans.

The coolers are all available now. A bigger case (which you’ll almost definitely need) is not included.