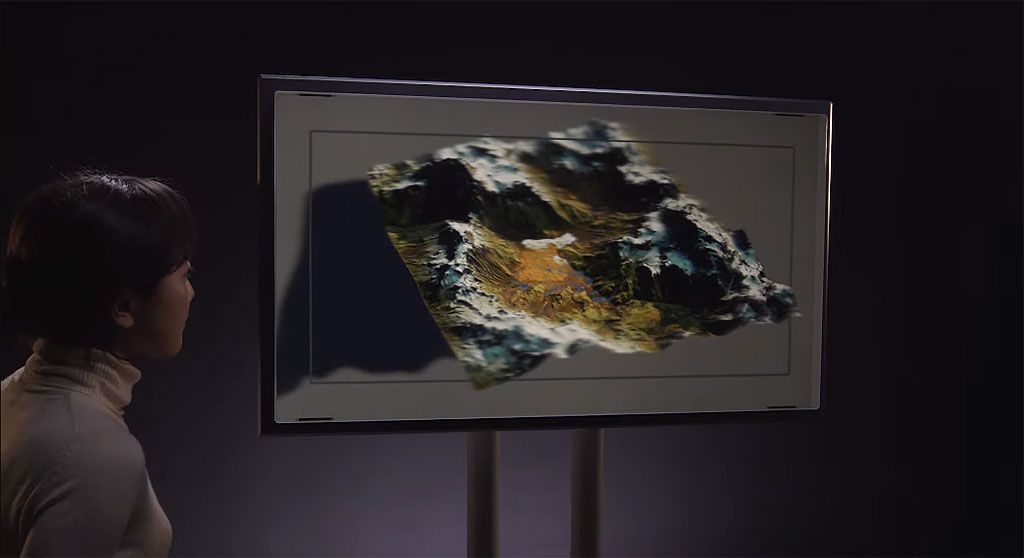 The allure of holographic gaming has been around for decades, having shown up in arcade parlors as far back as 1991. That’s when Sega introduced a game called Time Traveler, a cheesy western/sci-fi mishmash with holograms of live-action actors in a specially designed arcade cabinet.  Now nearly 30 years later, a company called Looking Glass Factory is selling an 8K holographic display for PCs.

It’s not for gaming, and that’s okay—there’s not a consumer GPU out there that can adequately handle 8K gameplay anyway, let alone whatever demands rendering holograms would add to the mix. But perhaps in the future it will be a different story.

As spotted by TechCrunch, the “world’s largest, highest-resolution holographic display” is intended for professional applications like medical imaging and 3D design. However, the gap between professional and consumer applications may not be as wide as you think.

“Having access to a glasses-free holographic display is a massive breakthrough, and presents an exciting prospect for teams working in immersive computer graphics, visualization, and content creation. The Looking Glass holographic display provides a stunning level of realism, and we look forward to seeing the innovations that emerge with the support of Unreal Engine generated content,” Epic Games CTO Kim Libreri says.

Part of the selling point is getting 3D visuals without having to don a VR or AR headset. The “8K Immersive Display,” as it’s called, is a 32-inch monitor that uses a “unique combination of light field and volumetric display technologies within a single three-dimensional display system that updates at up to 60fps.”

Interestingly, the hardware requirements are not that steep for how this is actually intended to be used. Looking Glass recommends an Intel Core i5 processor or higher, 4GB+ of RAM, and a modest GeForce GTX 1060 or above (it works with graphics cards that can output 2560×1600 or higher).

Those specifications won’t cut it for gaming at 8K even without holograms, but at least the base technology doesn’t require an insanely powerful PC, just a relatively modern one.

Looking Glass isn’t saying how much this costs, but anyone interested can request a quote.