These may be the first real images from Dragon Age 4 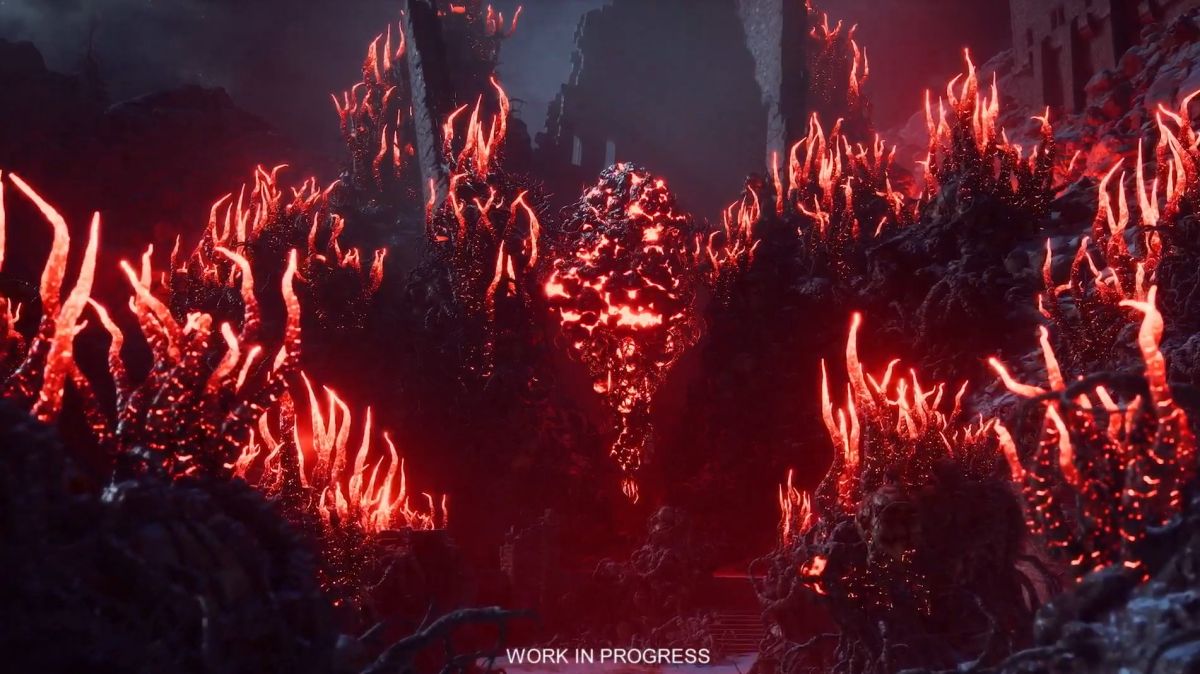 I’m sorry to say that Dragon Age 4—or whatever it ends up being called—was not revealed at today’s EA Play livestream, or even mentioned by name. But we did get a look at what may be the first “real” image from the game—three of them, in fact.

The images appeared during a montage in which EA chief studio officer Laura Miele talked about the capabilities of the next generation of game consoles. “Generation shifts are an opportunity to push beyond the boundaries of gaming as we know it today, and this time is no different,” she said. “Our studios are taking their crazy, ambitious ideas, and making them real.”

“BioWare imagines and creates worlds where you become the hero of your own story. And we’re using this next generation of technology to make those fantasy worlds your reality.”

Next, what appears to be a covered bridge, or perhaps an arched entrance into a ruined castle or cathedral:

And finally, whatever this is:

I would guess that the glowing red growths are significant, an infestation or manifestation of some malignant force, but in what way, I have no idea. The Dread Wolf Rises teaser from the 2018 Game Awards featured elements of a spreading redness that’s superficially similar, but there’s really not enough to it to make any kind of meaningful connection or inference.

Unfortunately, that’s the extent of it, which means that for now, all we can say for certain is that a new Dragon Age is in development. Here’s all the rumors and details (and plenty of guesswork) we know so far.