These guitars made from old CRTs and PC fans absolutely slap 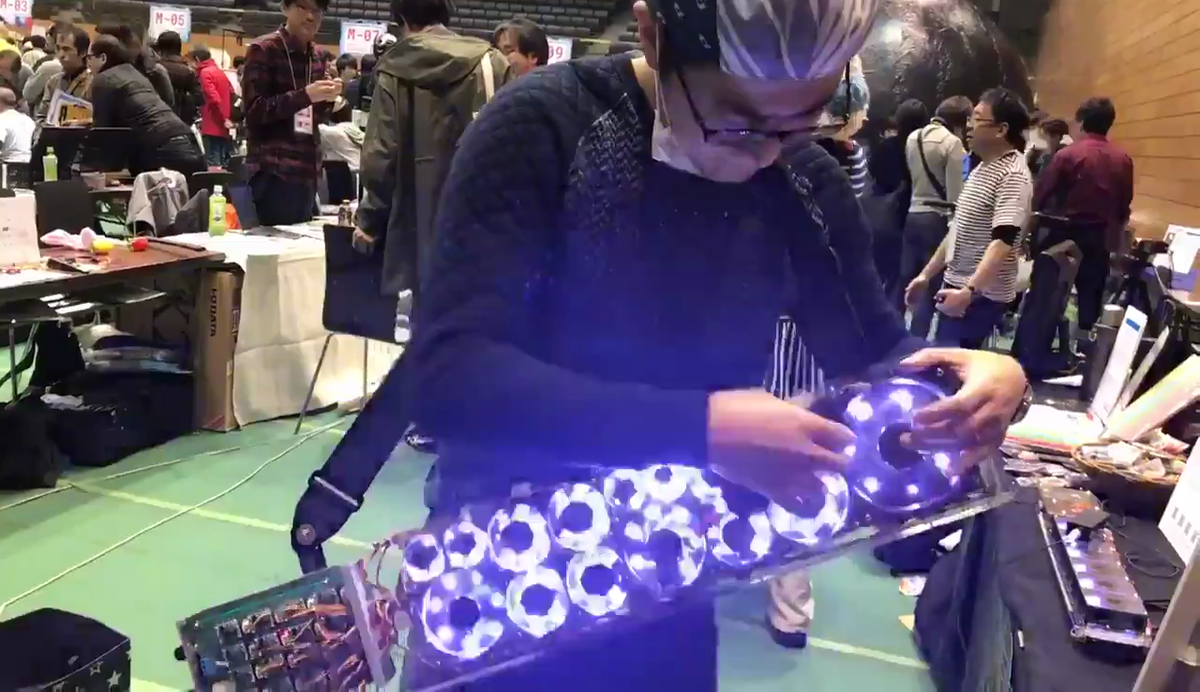 There is still joy left in the world, and it comes to us today from a Twitter user who goes by the handle crab_feet. Crab_feet, aka Japanese musican Ei Wada, is the head of a group called Electronicos Fantasticos that takes old household appliances and tech and turns them into electric instruments. Then they put on concerts with them. It’s cool as all hell.

One of Wada’s go-to instruments is the CRTelecaster, which you can watch him jamming out on in this video solo. I’d suggest watching it first before the bigger concert piece above.

The circuit board on the neck of the guitar can modulate the frequency of the CRT screen, which in turn changes the sound that’s produced when Wada’s… scanner? reacts to the screen and outputs a digital signal. Electromagnetic waves—they’re cool!

The fan guitars operate on a similar principle, with movement modulating the sound produced. They’re also proof that playing any type of guitar makes you look like a badass, even if that guitar is made out of an old house fan.

Even old PC parts can get in on the action. Here’s another musician playing a “sitar” made from a bunch of RGB PC case fans. As the description, via Google Translate, explains: “Read the light pattern interrupted by the fan and set the pitch! If you suppress the rotation of the fan, you can bend the sound like the Indian string instrument sitar! Dangerous!”

Scrolling back through the Electronicos Fantasticos Twitter feed is cool, because you can see some of the instruments being tested while still in development. Here’s another look at the fan sitar, for example.

There is probably no part of a PC that they couldn’t turn into an instrument somehow. In another video a mouse’s sensor is turned into a scanner to produce sound. Considering the fan sitar works so well, I hope Electronicos Fantasticos turns an actual graphics card into a guitar, too. Hell, maybe it could be jutting out of a mini-ITX motherboard with a working CPU in place and a power supply strapped to it. That doesn’t sound much more awkward than holding a big house fan.

I love Wada’s description of why he started Elctronicos Fantasticos, because it doesn’t make a lot of sense, but it also makes perfect sense: “I’m convinced that a festival of music is waiting for me when I’m feeling at home, where a huge tower of crab feet with an embedded CRT television towers. But one day, a friend told me that there is no such place on earth, and I have no choice but to make it myself.”

Here’s a short “day in the life” documentary of Wada from toco toco, a great Youtube channel that mostly follows Japanese game developers; check out some more of their videos if you like the style.