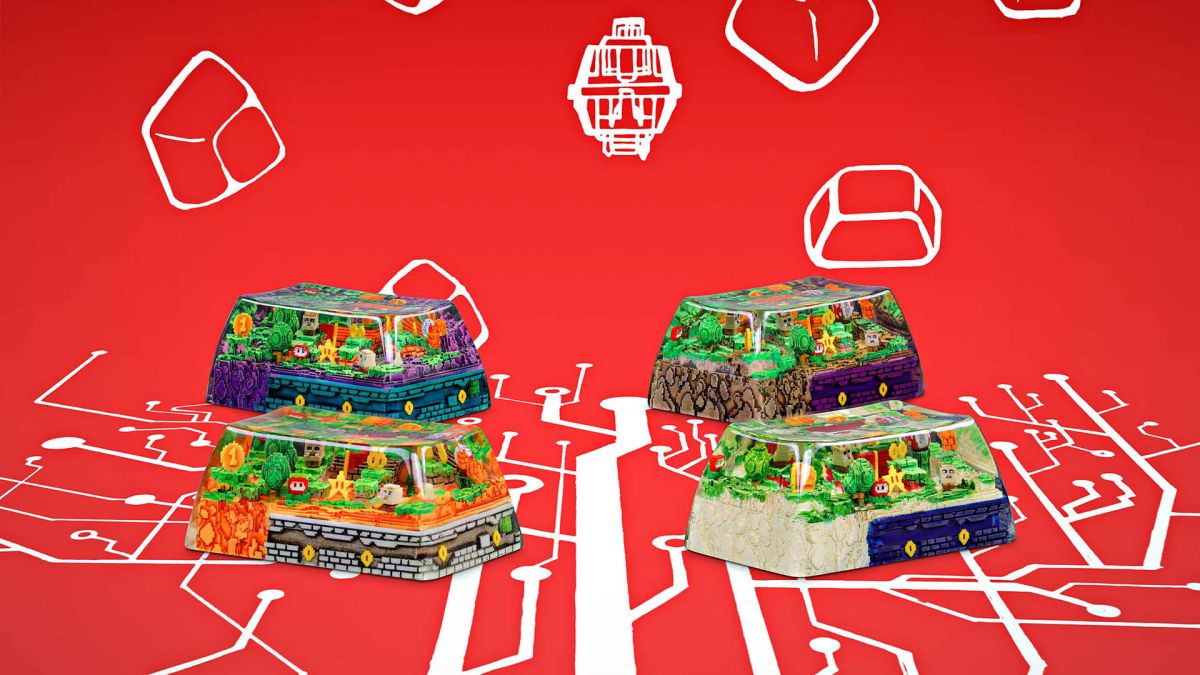 We all know you can get Mario on Switch but what about Mario in a switch? I’ll show myself out but before I go. If you’re a fan of those two Mario brothers then boy do I have the keycap for you. Jellykey, makers of artisan keycaps of various shapes and sizes, has put together a new range of keycaps which harken back to the early days of gaming.

While unofficial (these keycaps lack the Nintendo Seal of Approval), each keycap leans heavily on the many worlds of Super Mario Bros. and they’re a real nostalgia trip. If you’re interested in picking one up for yourself then it’s worth checking what key size and stem your keyboard supports as these can vary between region and manufacturer. Most of Jellykey’s switches are fit for Cherry MX stems, which is the most prolific across the best mechanical gaming keyboards.

Jellykey sent us over a prototype shift key to take a look at pre-production, and even at first glance it’s evident just how much attention to detail has gone into recreating the retro game: from detailed (not)Piranha Plants and a (not)Super Star sitting atop a single floating block, to a (not)Boo waiting for you to turn your back beneath a grassy platform.

As ever, the group buy for Jellykey’s switches is on for just a brief moment: you can join up until July 24, 2020. A single keycap will set you back some $46, while a spacebar is a touch more at $69. There are also four designs to choose from, each with an overarching theme: Pastel Outpost, Mad Artisan’s Red Keep, Super Indie Underground, and Orion the Ranger—how very nondescript.

If you’re keen to see Mario make a PC debut then perhaps this is the next best thing (and the far more realistic goal). After all, there are no other ways to get Mario on PC, not one, and if you don’t believe me you can find a full breakdown of Nintendo’s copyrights in relation to its intellectual property right here. Jellykey appears to be confident it has skirted the legal issues with its 8-bit lineup, anyways.