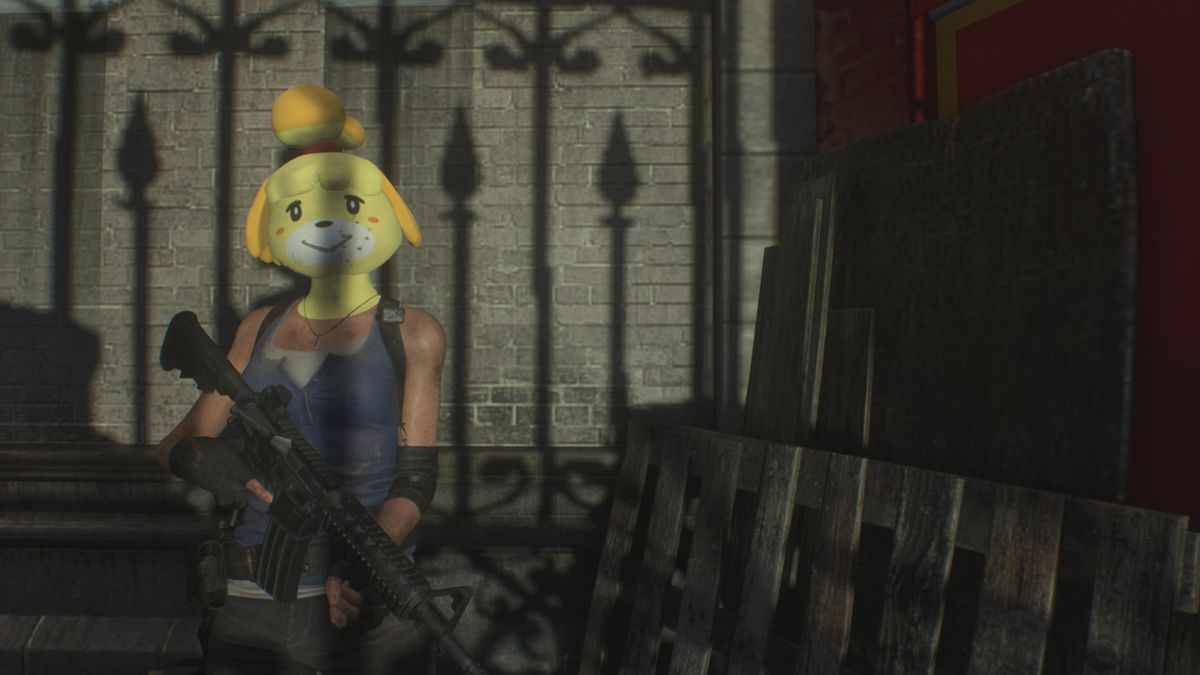 Have you somehow missed out on the Animal Crossing: New Horizons mania that’s been sweeping the internet since March 20? Maybe you don’t have access to a Nintendo Switch, or you prefer a different genre of games—like survival horror, perhaps? Well, if you have a PC and a copy of Resident Evil 3 Remake, now you too can be a part of the Animal Crossing fandom, thanks to a mod that gives Jill Valentine an Isabelle mask.

Resident Evil 3 won’t even be released until this Friday (April 3), but that hasn’t stopped some dedicated modders from getting in early doors, ensuring that players of the PC version of the game need not go a single day before experiencing RE3 as it was surely intended: with Jill wearing the bright yellow head of a cartoon Shih Tzu.

Creator Crazy Potato gives the mod a single-sentence description that sums up their decision to bring Animal Crossing’s unofficial franchise mascot Isabelle into the world of Resident Evil: “Jill is a fan”, they claim. While I’m not sure that’s official lore per Capcom, the mental image of Jill Valentine chilling to Animal Crossing during some well-deserved down-time is undeniably an endearing one.

If this sounds like the crossover you didn’t know you were waiting for, you can download the mod via the Nexus Mods page.

Resident Evil 2 Remake spawned a lot of ridiculous mods, so expect more of the same this time. Most of them involve swapping out the character model of Mr X in order to make him either a bit less or a lot more intimidating—or, usually, some unsettling combination of both. Popular efforts turned the Tyrant into a surprisingly sinister Thomas the Tank Engine; iconic horror villain Pennywise the Clown; or the most frightening thing of all: just Mr X, but decked out in his exceptionally revealing beachwear, thong and all.