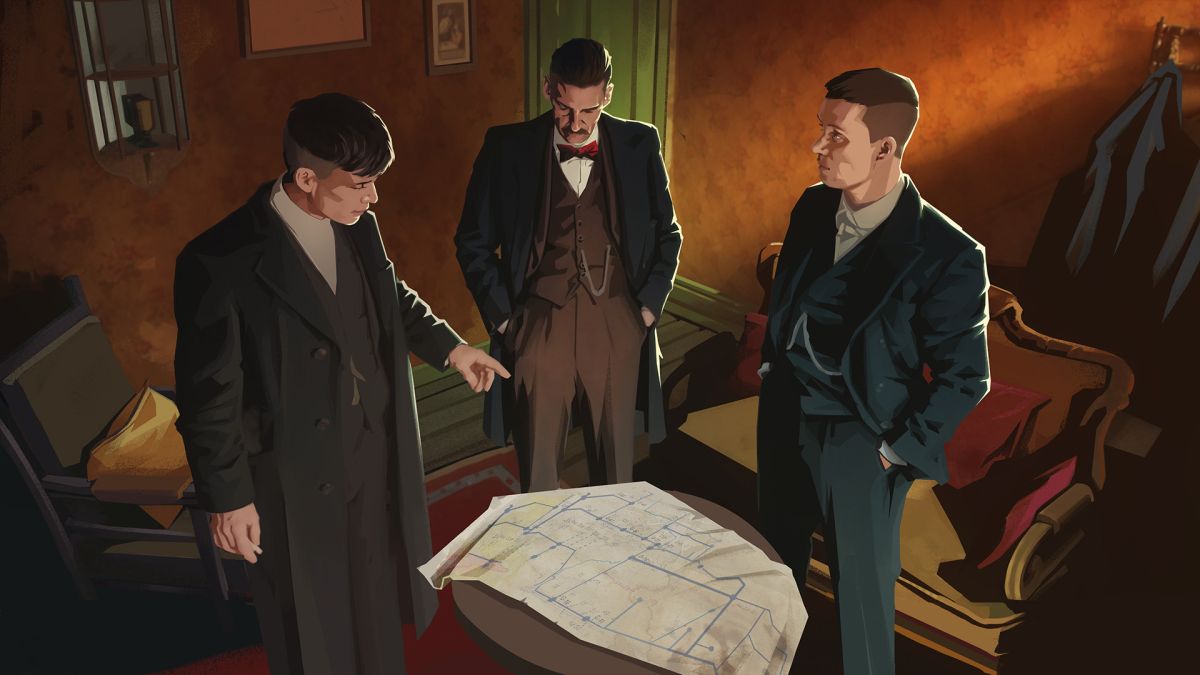 Peaky Blinders is a very popular BBC period drama about men who have the inverse of Patrick Stewart’s hair. These anti-Stewarts are 20th century gangsters, as you’d expect from guys who put on three-piece suits and point at maps, and soon they’ll have their own game so that we can join them in devising criminal operations. Peaky Blinders: Mastermind will be out this summer.

“Mastermind refers to Tommy’s ability to plan complex scenarios in his head,” according to the publisher. You won’t just control Tommy, though. You’ll plot the actions of multiple Peaky characters, having them distract guards, pickpocket, brawl, and sneak around in unison. By rewinding time and changing a character’s actions, you can tweak the plan until everyone is perfectly synchronized.

It’s hard to get excited about two characters turning door cranks so that a third can pass through—a scenario in one of the gifs on the Steam page—but Mastermind does look like it could be cool once it reaches a certain level of complexity, where you’re assembling a big clockwork crime and then watching operate flawlessly.

Here’s the full trailer, by way of IGN:

I don’t know much about developer FuturLab, which has created a smattering of PC and PlayStation games (Powerwash Simulator, Velocity, Velocity Ultra, Tiny Trax), but publisher Curve Digital is more familiar. It recently published another licensed game, Narcos: Rise of the Cartels (it’s bad, I’m afraid), and has been involved with a variety of well-known indie games, such as Human: Fall Flat and For the King.

Strangely, this isn’t the only Peaky Blinders game in development. Almost exactly a year ago, a Peaky Blinders “virtual reality drama game” was announced. It was supposed to release around now, but we haven’t heard anything since. It still has a website, so maybe it’s on the way, as well?

Peaky Blinders: Mastermind doesn’t have a firm release date, either, but it’s scheduled to release this summer on Steam, so it should be here soon.

Whether or not Mastermind is any good, I like that it’s a tactics puzzler and not the janky action thing you might expect to see from a gangster drama license. It reminds me that the John Wick movies got a clever tactics game from Mike Bithell , which isn’t exactly what I expected a big entertainment company like Lionsgate to go in for. It’s nice to see that, maybe, the entertainment industries adjacent to games are getting more savvy about them.