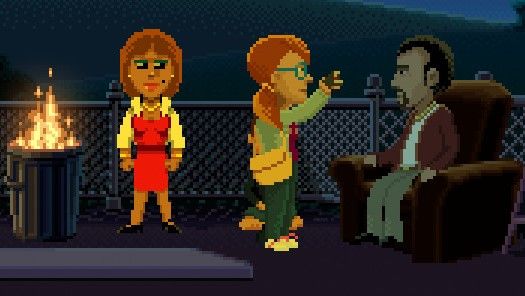 Have you always wanted to be an game developer who is also an amateur photojournalist in a funny, surreal small town where someone did a murder? Well, have I got the free game for you. Classic adventure game designer Ron Gilbert has released a free standalone chapter for Thimbleweed Park, his 2017 “wacky x-files murder mystery packed with dad jokes.” The short game focuses on Delores, a character from the original game, and takes place a year after the first one. It’s free on Steam.

The twist here is that it’s made entirely with assets from the first game, and is free because it seems that like many of us Ron Gilbert is stuck inside with little more than a computer for company and got bored and made a game. Supposedly, Delores started as a prototype for Gilbert’s new adventure game engine and grew from there.  “It is not a sequel to Thimbleweed Park and is probably missing all of the small bells and whistles that would make it a commercially viable game,” says the game description. And, actually, that intrigues me.

We quite liked Thimbleweed Park at release, giving it an 84 in our review. “It’s a game that dips into the past, but doesn’t use it as a crutch, managing to capture the essence of classic adventures while avoiding some of the things that made them frustrating,” said Andy Kelly at the time and I bet he’d say the same thing now. Remarkably consistent, that one. Which is why I’ve remarked on it.

You can find Delores: A Thimbleweed Park Mini-Adventure for free on Steam.