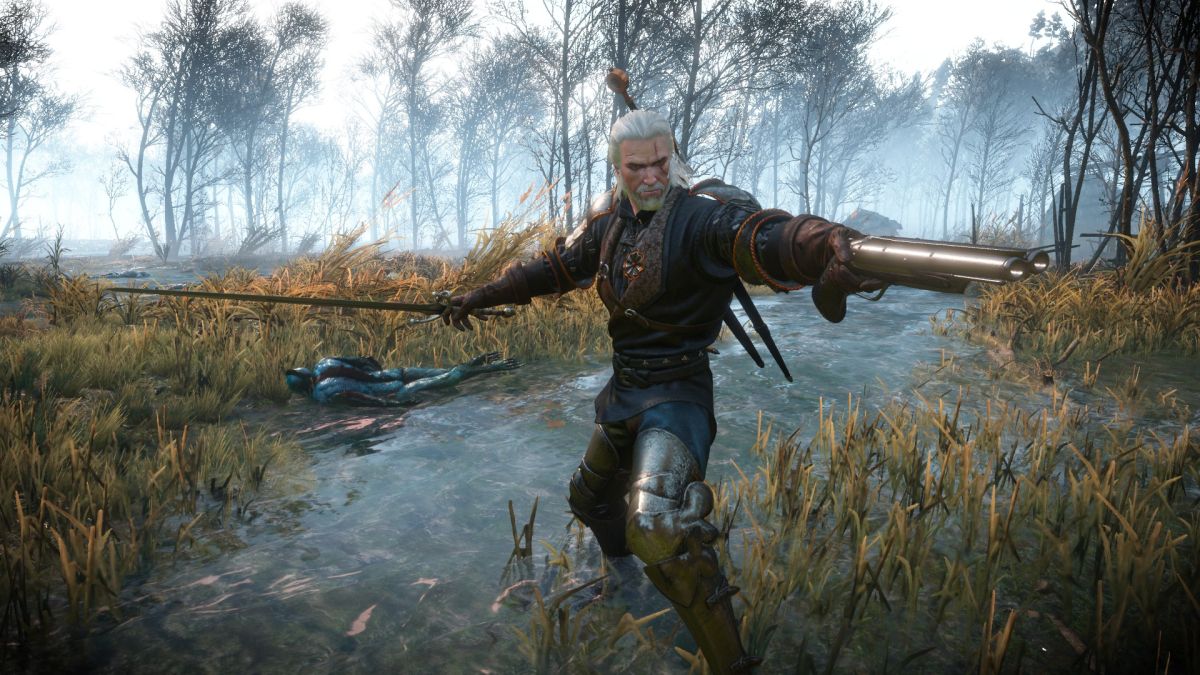 Now, don’t get me wrong, I love The Witcher 3. Like really, love it. But despite its impossibly rich world full of inventive, beautifully told stories seemingly behind every corner, one part of the game is lacking: combat. Its simplicity becomes more pronounced the longer your save goes on, which is disappointing given that monster hunting is kind of Geralt’s raison d’être. Every time I return to the gnarled mountains of Skellige or the impossibly entrancing duchy of Touissant, I can’t help but feel that Geralt’s sword slashing and sign blasting is a bit of a weak link.

At least Roenaxx’s Witcher 3 mod, Firearms, goes some way to enhancing it by adding guns. There are ten flintlock-style pistols altogether, with seven different types of ammunition. The craftable ammo comes in three different tiers and your choice becomes more important the higher the difficulty you’re on. The guns come in various sizes and tie into the ‘Schools’ of monster hunting, like Bear and Griffin, but you’ll likely find larger weapons in the late game. You can get your first firearm by crafting one with a dueling pistol diagram you can get from level ten—more become available every few levels after. Or you can just spawn them using console commands.

While the explosive shots from these new guns sound much more powerful and impressive than your crossbow—your standard ranged weapon—they’ve been balanced so as not to replace swords. Instead, Roenaxx says on the mod description page, they are “instead better used as a ‘finisher’ type weapon”.

Now, while I don’t adore the Witcher 3’s combat as much as the rest of the game, I don’t want to mod it into a third-person shooter, so these balances makes sense. They don’t make guns in The Witcher 3 any less cool, either: I can’t see myself getting tired of Geralt mouthing ‘Hasta La Vista’ as he does in this video.

For me, these old-fashioned pistols, limited in their ammo and reload time fit pretty well in the world of The Witcher, adding a welcome explosive flourish to Geralt’s natural swagger. Nevertheless, fans are divided on r/Witcher whether firearms make sense for Geralt in a narrative context. Some point out that Geralt already uses gunpowder-powered bombs, but other fans say that witchers don’t condone crossbow use, let alone guns.

Either way there are plenty of other ways to customise Geralt and other parts of the game with the best Witcher 3 mods, such as ones that somehow improve his already gorgeous shock of white hair, or give him a dad bod, if you’re that way inclined.