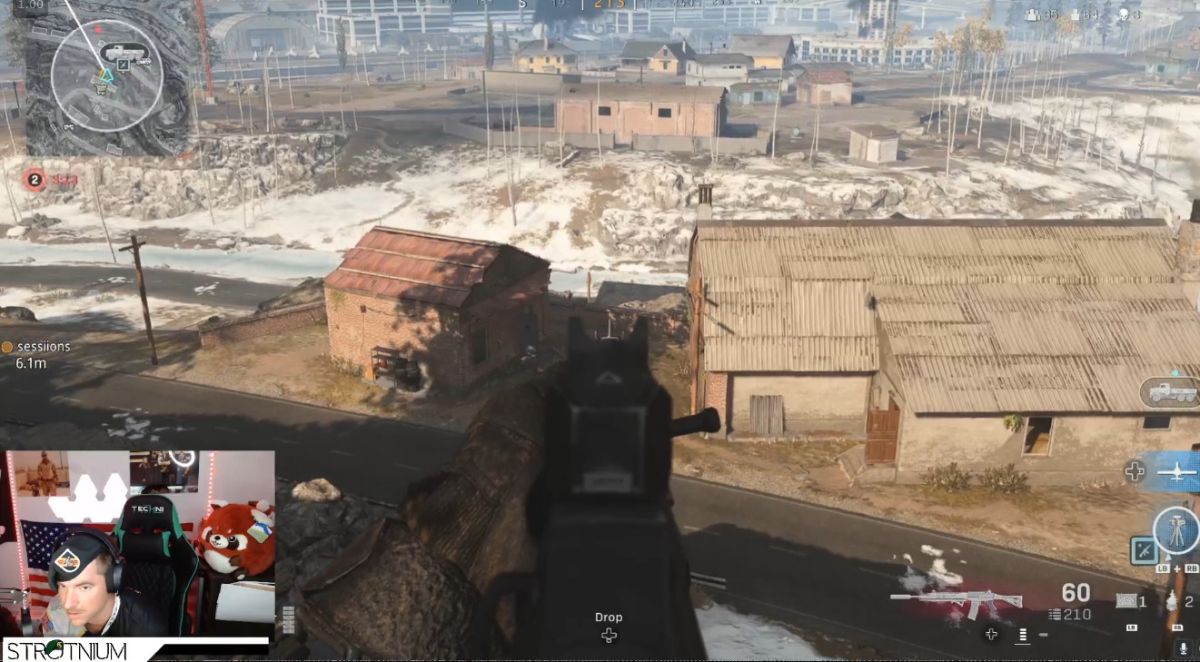 In late 2018, the US Army put together its own esports team as part of a marketing push to encourage young people to consider a career in the military. As part of that effort, the Army also recently launched its own official Twitch channel to “share the Army’s passion for gaming, showcase competitions, and connect with our viewers.”

But as reported by Vice, its big PR push has recently run into some issues with the Twitch community. During a Call of Duty: Warzone stream last night, players began asking about war crimes committed by the army—inquiries that were quickly deleted by moderators.

The heightened interest in the army’s esports activities was spurred at least in part by a recent Twitter conversation between its esports team and Discord. The exchange concluded with the army tweeting “UwU” which a large number of viewers found to be in bad taste, given the source.

Twitch streamer Joshua “Strotnium” David, a US Army Ranger and member of its esports team, referenced that reaction during the stream last night, although he didn’t seem to have any regrets.

“I think every post that I do from now on is going to say ‘UwU’ in it, just to flex. Y’all gonna go talk all that crap to my angel on the esports team, the nicest person in the entire world. Little internet keyboard monsters is what you are,” he said. “I won’t stand for that. I’m bigger than you.”

just having a good time with the US Army esports twitch stream @JordanUhl pic.twitter.com/qnjyxg1KP0July 8, 2020

Unsurprisingly, that didn’t smooth the waters, and the army’s troubles continued through today. Moderators set a one-hour follow requirement for posting in chat, but multiple viewers were patient enough to follow, wait, and then ask about, for instance, the 2015 bombing of an MSF hospital in Kunduz, Afghanistan. That chat restriction was extended to 24 hours shortly before the stream finished.

The US military has long used videogames as a recruitment tool—the original America’s Army FPS was released all the way back in 2002. More recently, however, it’s shifted focus to esports. The Army was the first to make the move, but the US Navy and Air Force have since established esports programs of their own, and have also partnered with major esports organizations for high-profile tournament sponsorships. Those sponsorships not only put their branding front-and-center at live events, they also enable setting up “experiential activation[s] onsite,” a term that I’m reasonably certain refers to recruiting booths.

But the livestreaming aspect of that shift may prove more challenging than the military expected. America’s Army was a one-way street, but the inherent interactivity of streaming on Twitch opens the door to people who may take issue with American military adventures, or the military’s propensity for preying on young, impressionable audiences for recruitment. It’s probably wishful thinking, but if the pushback on military livestreams continues, it could make the effort more trouble than it’s worth.

Interestingly, while the US Army, Navy, and Air Force have all embraced esports, the US Marines—typically seen as the most gung-ho of the country’s military branches—rejected the idea earlier this year, “due in part to the belief that the brand and issues associated with combat are too serious to be ‘gamified’ in a responsible manner.” Some local Marine recruiters do have “marketing partnerships” with esports organizations, however, such as one earlier this year with Esports Stadium Arlington, “the largest dedicated esports facility in North America,” which granted one hour of free gameplay per qualifying grade for high school students who earn A marks on their report cards through the Marine Corps Academic Excellence Program.