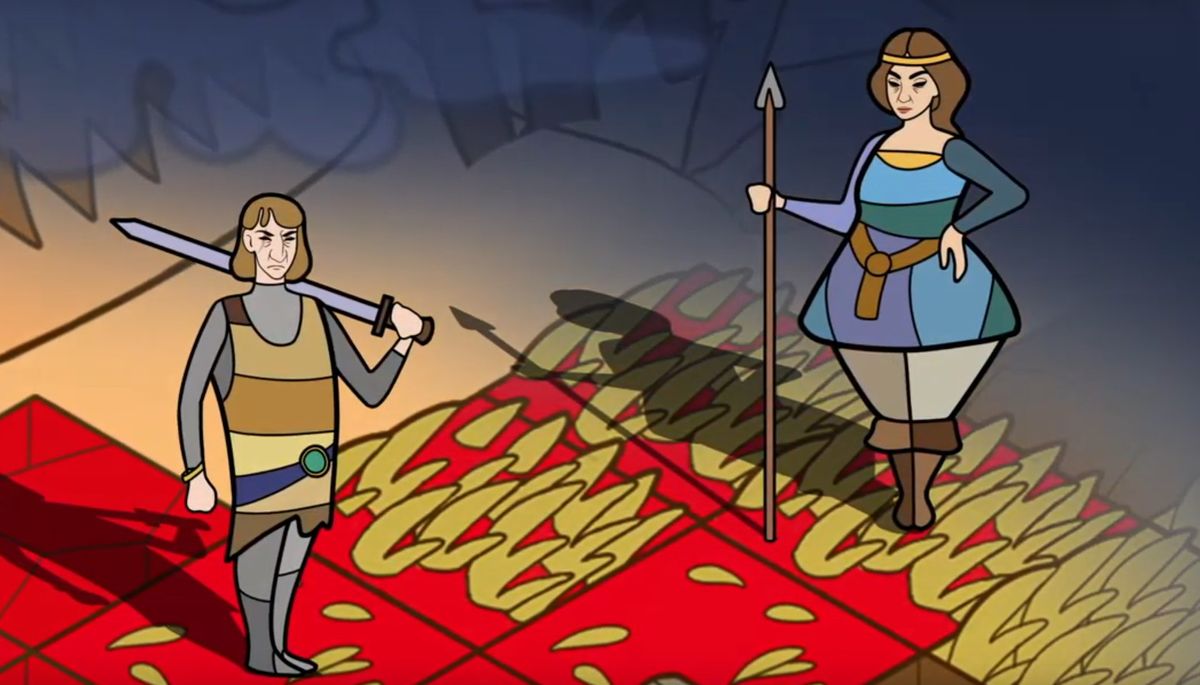 In January, 80 Days studio Inkle teased its next project with seven words and a cryptic warning that “Camelot has fallen.” It struck me as very Arthurian, and so it is: The studio announced today that its new game is Pendragon, a retelling of the legend of the Round Table that’s directed by actions and outcomes on a randomized game board.

The game begins in AD 673, when Camelot has fallen and the Round Table is broken by the deceptions of Sir Mordred. You’ll choose a character whose personality will help direct the course of the story—the treacherous Morgana le Fay, the drunk Sir Gawaine, the French Sir Lancelot, and so forth—and then assemble a band of heroes, knights, and nobodies, with the goal of reaching and fighting at the side of Arthur Pendragon in his final battle at Camlann.

Each playthrough promises to be different. The game board is randomized, and the story will change based on the path you follow across the map, the choices that you and your enemies make, and your victories and losses in battle. But it’s not just an epic choose-your-own-adventure: Inkel also emphasized the central role of combat, which will be fought in “turn-based battles with simple yet deeply strategic combat where position is everything, losses are inevitable, and every step permanently shapes the narrative.”

Inkle said that Pendragon represents its “next evolutionary step in strategic narrative games,” and if it can live up to that billing it could be very good indeed: The studio’s previous games, Sorcery!, 80 Days, and Heaven’s Vault, have all been excellent. Pendragon will be available on Steam (it’s up now for wishlisting), and is expected to be out this summer. Check out some screens below.