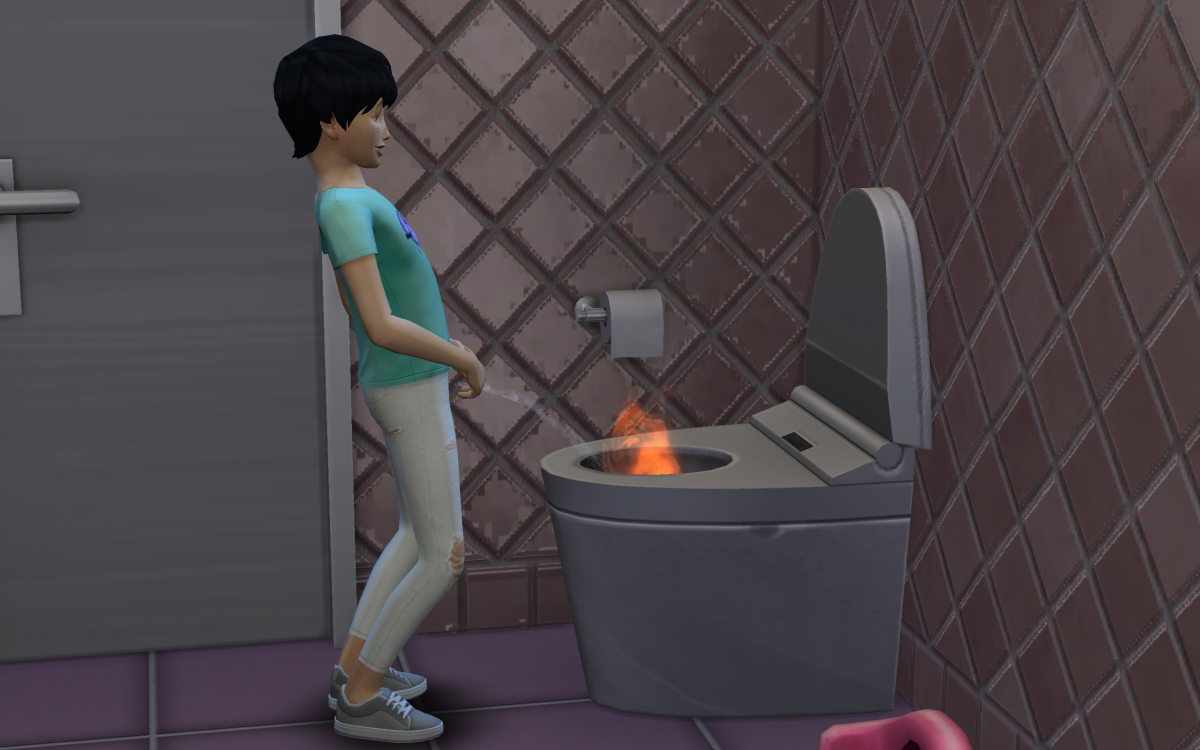 Visiting the loo has reportedly become much more hazardous in The Sims 4, with some Reddit users reporting that their sims are peeing fire. This heretofore unknown illness has befallen at least two Sims, and as the image above by Reddit user iBooperdooper demonstrates, it’s a dangerous situation.

Of course, it’s probably just a bug, not a feature. Maxis rolled out a new patch yesterday in anticipation of this week’s Eco Lifestyle expansion, and among other things the update introduced firefighters. It’s lucky that firefighters are around to put out fiery micturia, but they’ve probably got bigger fish to fry.

As Rock Paper Shotgun reports, it’s not the only bug the update has introduced: some users are reporting corrupted save files and lost progress on their homes. For the record, PCG’s Chris Livingston hasn’t been able to replicate the fiery piss “glitch,” which is sad for him.

And glitches are to be expected, given how big the June 3 update was: in addition to the aforementioned firefighters there are now ladders, M.A.C cosmetics, free placement of doors and windows, and a repo person NPC, among stacks of other things.

As for tomorrow’s new expansion, expect a bunch of eco-friendly lifestyle options as well as a new Evergreen Harbour world. More on that here.