The Sims 4: Nifty Knitting trailer reveals more ways for sims to express themselves 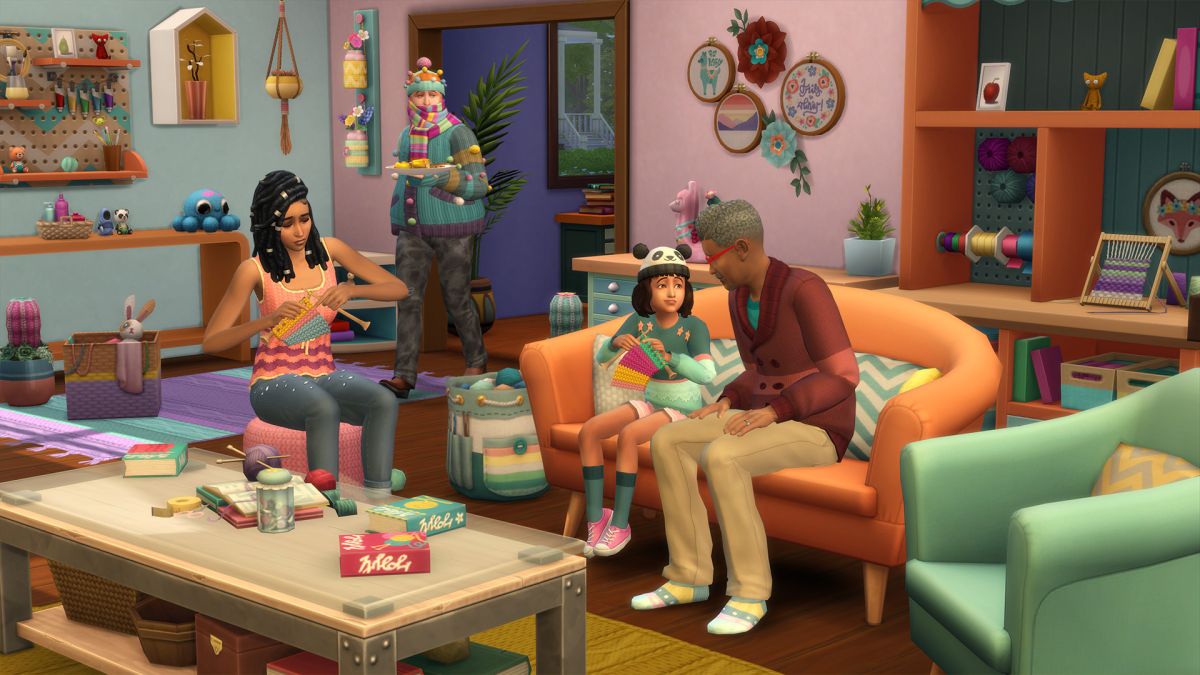 EA’s shown off the first have released the first official trailer for the The Sims 4’s next add-on, a stuff pack entitled The Sims 4: Nifty Knitting.

Nifty Knitting is the second add-on to The Sims 4 to have had its theme, name, and contents voted on by the player community, following on from 2018’s Laundry Day stuff pack. As the name suggests, the main focus of the pack will be the knitting skill—a brand new addition to The Sims franchise which will allow Sims to craft their own clothing designs and decorative items, as well as sell them on Plopsy (The Sims’ rather unflatteringly named version of Etsy) for extra simoleons.

The pack also reintroduces rocking chairs (last seen in The Sims 3) and looks to address some criticism from players over the lack of gameplay available for the youngest and eldest life stages—Babies and Elders, respectively. While the trailer suggests that any Sims from the Child life stage onward will be able to try their hand at knitting, the option for such sedate pursuits has been a heavy fan request for some time among those who feel that Elder Sims have few age-appropriate activities to participate in.

Babies, meanwhile, will finally be at least somewhat customisable in appearance thanks to new knittable clothing. By all accounts they still won’t be able to do much else; but then, they are newborns, so the pack’s new handicrafts were always going to be a little beyond their range.

The trailer coincided with the announcement of a release date for the pack, which is now slated for July 28 on PC for both Windows and macOS, as well as Xbox One and PlayStation 4—making it the second pack, after June’s Eco Lifestyle expansion, to release simultaneously on PC and consoles. No official word on the price yet, but other stuff packs for The Sims 4 retail at $9.99 (£7.99).